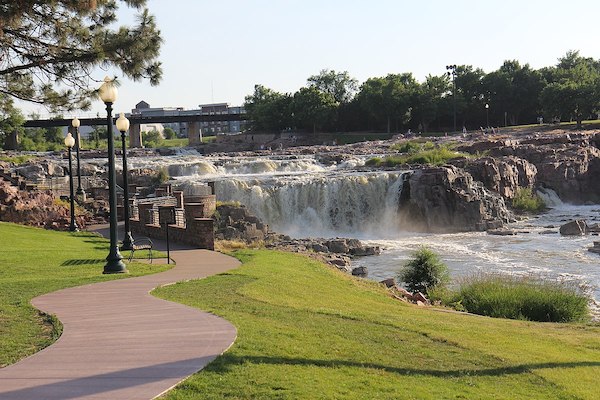 This is a fun loop showcasing several connected parks in the heart of Sioux Falls. Half of the nearly 5-mile loop follows the paved Sioux Falls Bike Trail on the east side of the Big Sioux River, while the other half explores the trails on the west side of the river in Falls Park, Fawick Park, Beadle Park, and Cherry Rock Park. Nice combination of open space, some woods, and river views.

Start at Falls Park and take the Sioux Falls Bike Trail on the east side of the river south for 2 miles. You’ll pass through downtown, and then Beadle Park to Cherry Rock Park. Just shy of E 18th St., cross over to the west side on a pedestrian bridge. Then, head back north on trails along the Beadle Greenway, then through the heart of downtown to Falls Park.