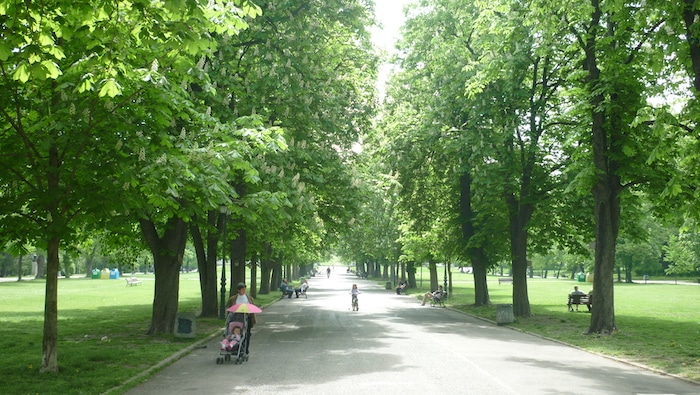 This is a longer, nearly 15 km tour of several parks just south of Sofia center, including a loop of the Palace Grounds. More info on individual parks.

Start in at the Knyazheska Garden at the Kliment Ohridski subway station, just east of Sofia Center. Run through the lovely gardens into Borisova Gradina Park, which features numerous wooded paths here, and a couple of small lakes. The route through this park is a gradual uphill. Cross the main road (south of the TV Tower), and run into a city park with grid-like rows of tree paths and the National Tennis Center. Head west into Loven Park, which is less developed and has mainly flat paths and a zoo at its southern end. You’ll then need to use Ul. Srebama for ~1.5 km to connect to the southern end of South Park. Run for 2 km north through the park (many additional paths possible), which features a combination of wooded and open terrain, and some hills at its eastern end. At the northern end of South Park, cross Blvd. Bulgaria into the National Palace of Culture grounds, which features imposing, alée-like paths.  To complete the loop, we recommend taking Blvd. Hristo Georgiev east to Borisova Gradina Park.