A comprehensive guide to running in Sofia 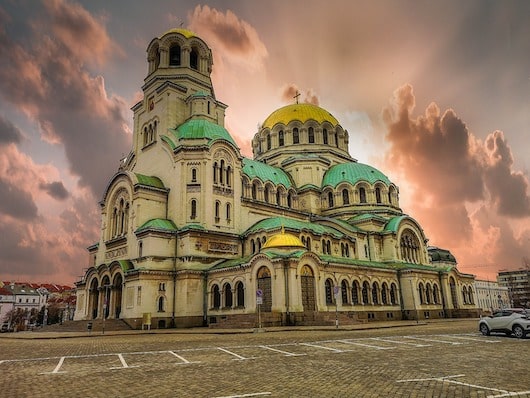 Sofia, capital of Bulgaria, is the 13th largest city in the European Union. The city is surrounded by mountain, including the imposing Vitosha Mountain. Sofia has some grand older buildings and an attractive historic center, and remnants of more brutalist Soviet-era architecture. The best running in Sofia centers around the numerous large parks near the city center. Sofia is one of the few major European cities that doesn’t have have major a major body of water as a central feature!

The best places to run in Sofia are in the four principal parks, featuring many km of forested trails: in the southern area, Borisova Gradina Park, Loven Park, and South Park. North of Blvd. Bulgaria is West Park and North Park, plus Sofia’s commercial center and old town. For a 15 km, nearly all off-road run, our ‘park spectacular’ links the three southern parks and the National Palace area. We’ve also put together a 10 km ‘runseeing’ tour that hits Sofia’s commercial and historic highlights, plus some pleasant small parks and gardens. Vitosha Mountain, only 10 km from Sofia, is the city’s is major recreational playground, with trails for runners of all abilities.

Sofia has lovely, warm summers but is also one of Europe’s snowier cities — be prepared in winter! A good transport system includes two metro lines an an extensive tram and bus system.

Some of our favorite runs in Sofia, Bulgaria 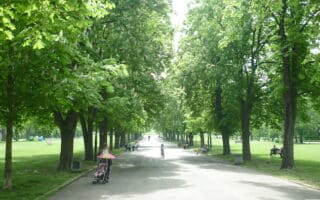 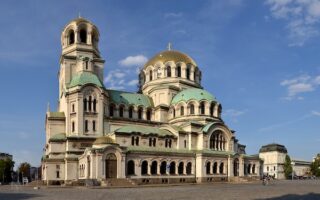 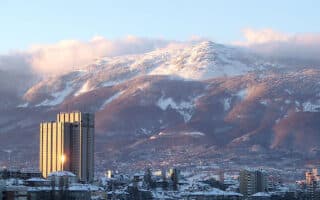 Great Views | Hilly | Trail Running
Sofia holds the distinction of having the most significant nearby mountain of any major city. There are trail running options here for all abilities, ranging from the easier 'panoramic' trail to steeper, more rugged trails.
Explore

Sofia has a humid, continental climate with warm summers and cool winters. The city features more annual snowfall than many cities in Europe, with even higher amounts in the nearby mountains. Summers are warm, with high temperatures in the 27C (81F) range, and quite sunny. Winters are cool, with daytime temperatures just above freezing and lows around -5C (22F). Runners should bring winter running clothing and footing. The nearby mountains feature altitude-dependent colder temps and more abundant rain and snow.

If you stay near Sofia center, you’ll be within reasonable proximity to one of the major parks, which are the best places to run in Sofia.