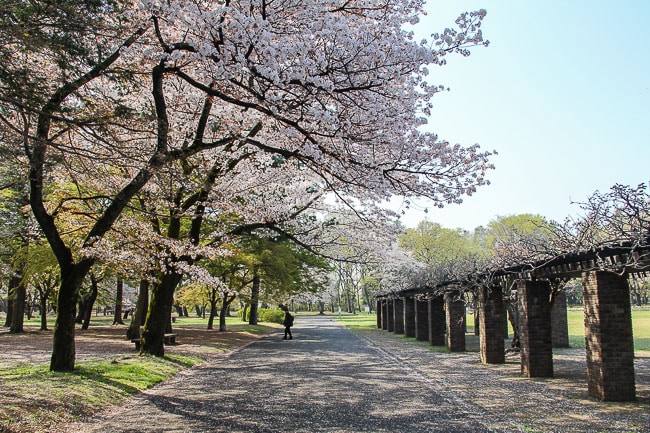 Koganei Park, in Tokyo’s western suburbs, is the city’s second largest park. This park is a special treat in the spring, plum trees blossoming in March and a festival in early April celebrating the park’s 2,000 cherry trees. There are lovely tree-lined paths, fields, a number of other sports facilities in the park as well, including tennis courts,a small cycling course, and the Edo-Tokyo Open Air Architectural Museum. For runners, there are several marked loops, with one at just over 5k being the longest. This site has good information on the park and a local running club that has group run events.

Add-On:  The Tamagawa Josui canal trail runs just south of Koganei Park. Run along it, 5k to Inokashira Park, for a nice loop of the two parks.