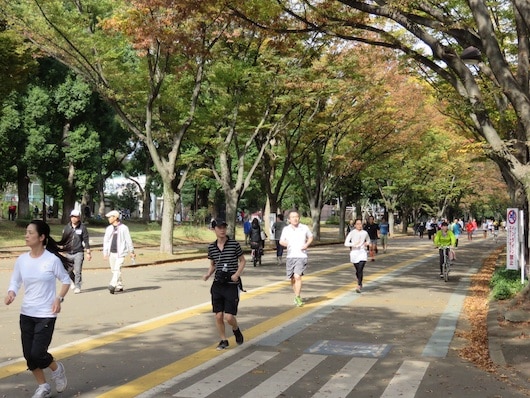 If you don’t mind doing a few laps, a run around Komazawa Olympic Park is an inspiring spot. The park has numerous facilities that were used for the 1964 Tokyo Olympics, including a running track. There are numerous paths around the park, including a dedicated ‘jogging/cycling course’. A loop around the perimeter is ~3 km, but you could add ~1 km or so on the interior paths.

While there, enjoy some of the other sports facilities!  More info.

These routes are great, thank you!

However, the link on this page is actually to TOKYO – TAMA RIVER 10K.

Link fixed! Thanks for pointing it out.