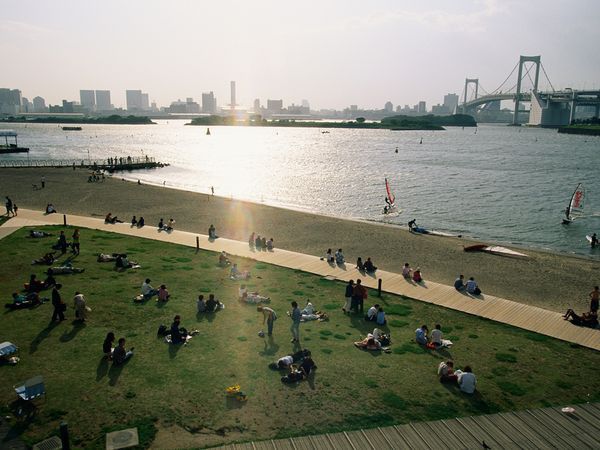 If you have the time, running on Odaiba Island is one of the best runs in Tokyo. Odaiba is an artificial island in Tokyo Bay. Initially built in the 1850s for fortification, it was revitalized in the 1990s as a residential, commercial, and leisure center. This is one of the few opportunities to run along the sea, and there are great paths for running, taking in water views and pleasant greenery. There are marked courses of 5k and 7k, starting at Odaiba Seaside Park. It’s also possible to run across the Rainbow Bridge. It’s ~3.5k from Odaiba Seaside Park, to the bridge and over it. Numerous hotels in the island have arrangements where you can leave your things and shower. 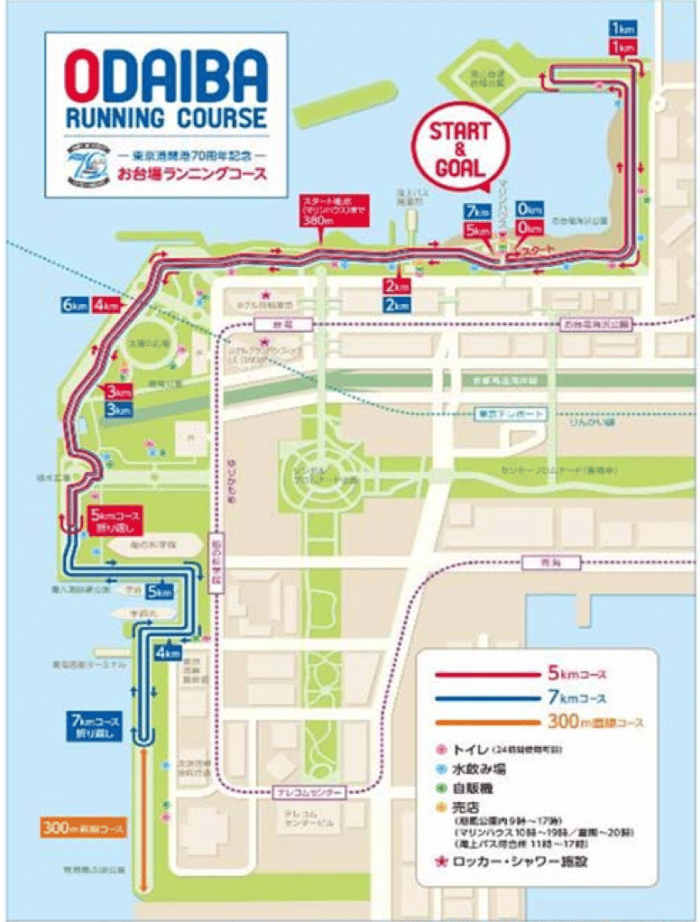