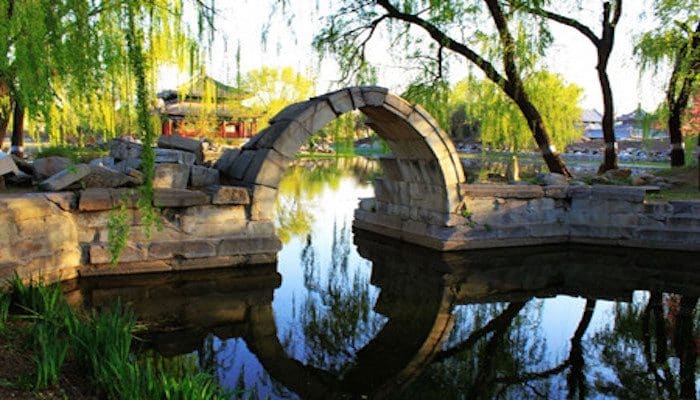 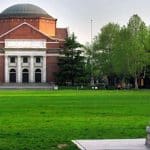 This is one of the better areas to run in Beijing. A good way to get off the busy streets of Beijing is to run on the paths around the university, some of which are very nicely landscaped. It is about 1.5 miles north-south and east-west.

The university also adjoins YuanMingyuan Park to the west, which features lovely gardens, and ruins dating from 1707, burned during the Second Opium War of 1860. There are many trails in here. One can put together a nearly 5-mile run around the perimeter of Yuanmingyuan Park. Just a couple of km to the northeast of the university is Olympic Park. The park has operating hours and requires admission.