No Thanks
Tunis, Tunisia 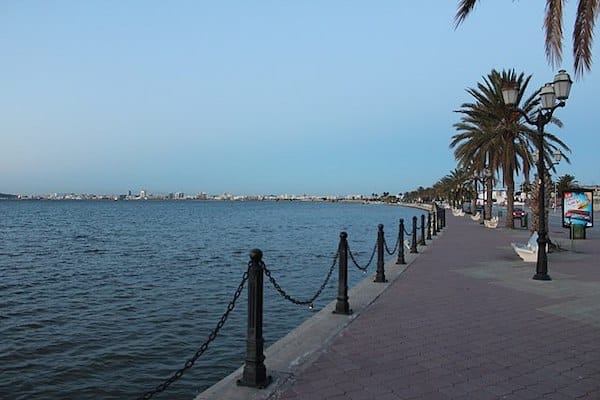 One of the best places to run in Tunis is the waterfront path along Lake of Tunis. The promenade runs along the north side of the lake, in the affluent Berges du Lac neighborhood. The west end is at the Lake Boating Club sports complex. Follow the public walkway (Corniche du Lac) east for 4 km. as it winds around several buildings but stays along the water. Just east of the German Embassy, you can continue on a dirt, less developed section of Les Berges du Lac Walkway for another 1.5 km. Good lake views much of the way.

Add-Ons: Just west of the Lake Boating Club, La perle du Lac is an area that is being developed and improved, and will eventually include a lovely waterfront promenade. But you can run on the roads/paths in La Perle for another ~ 2 km. Also, you can run on the Av. Principale through the neighborhood. It’s a busy street, but wide with a good sidewalk for running.

A wonderful run in the cobbled neighborhood of Sidi Bou Said, including a waterfront promenade, jaunt around... more...