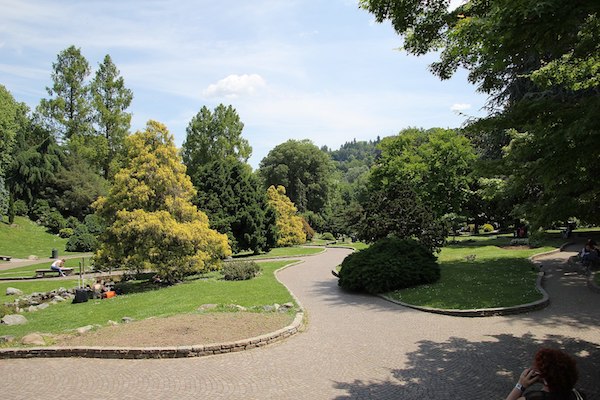 Along with the Po River paths, Valentino Park is one of the signature running paths in Turin. Though not a large park, there’s a lot here: paths along the river, and interior paths that pass by Valentino Palace, a botanical garden and numerous other gardens and fountains, a recreated medieval town,  sports fields, and museum. The park is long and rather narrow, running  1.5 km from end-to-end.

Here’s a recommended loop: From the north side of the park, run along the river paths, then merging onto Viale Virgilio, which accesses the Castello del Valentino and its lovely gardens and paths. Continue south, merging onto Viale Enrico Millo, running through the faux medieval town, to the end of the park at Ponte Isabella (bridge). Then head back north, along the interior paths on the western side of the park paralleling Viale Matteo Maria Boiardo, through the gardens and winding your way to the start.

Add-Ons: Po River paths, heading north of the park. Or, 2 km northwest of the park, some of the main Turnin sites, such as the grounds of the Piazza Castello and Parco Colletta.

Scenic path along the Po River, with views of important Turin sites and the mountains in the... more...