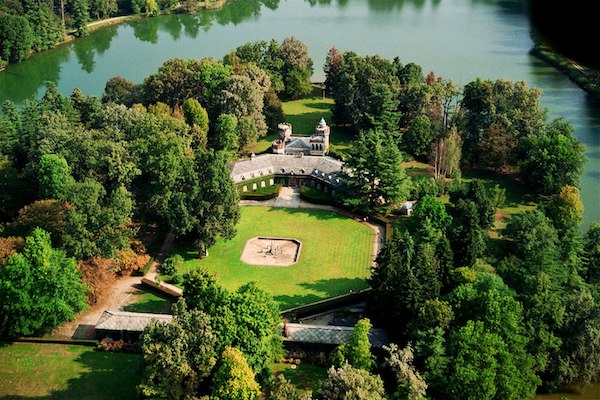 Run in the second largest enclosed park in Europe! This 7,000 acre park, surrounded by a 30 km long wall, is the site of the Borgo Castello castle. There are grand grounds, plus numerous paths and small roads that are great for running.

The size of the park makes it difficult to put together a specific route. We recommend starting at the Venaria train station, which is near the entry point to the grandest part of the park, with beautifully manicured grounds. Run on the paths of the baroque La Venaria Reale, with its landscaped gardens, and then up to the Castello de La Mandria. Just south of the castle, there some lovely paths along the historic horse breeding grounds. From the Cancello Verde gate there are some signed paths with the indication of the distances.

The northern part of the park is wilder, with paths and smaller roads winding along fields and through forest land. This is definitely ‘create your own route’ territory.

To get a sense of distance, it’s 6 km from the Venaria train station to San Giuliano.