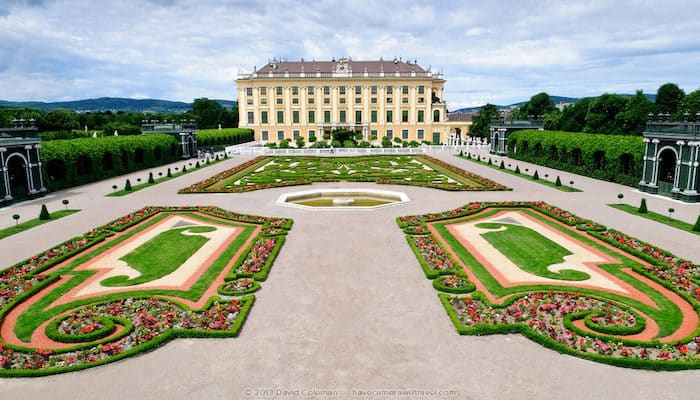 Schönbrunn Palace is a former imperial summer residence, about 8km west of central Vienna. The 1,441-room Baroque palace is one of the most important architectural, cultural, and historical monuments in the country. Admission is required for a tour of the buildings, but one can run the park’s garden paths free of charge. There’s a children’s museum and small zoo on the grounds.

The gravel paths of the palace gardens are a treat for running. The moderately hilly perimeter paths are about 5 km (3 miles) around, and one can also zig-zag along the interior paths. It is 0.8 x 0.5 miles within the gardens. For some hills, the Gloriette area has good uphill-downhill.

Add-On: from the Heitzing metro stop, run through the Hadikpark paths, and then into the Auer-Welsbach-Park, and around the science museum (Technisches Museum Wien) and the World Press Museum, which adds a ~ 1.5 mile loop.