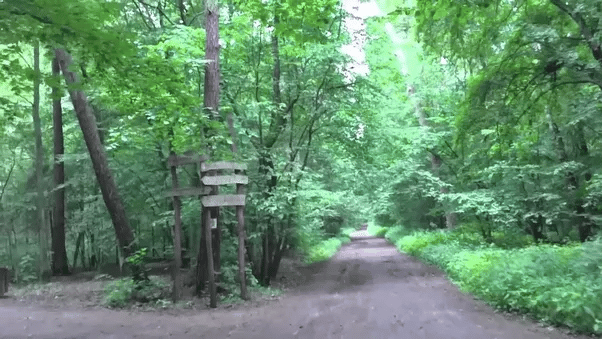 Running in Bielański Forest, a 370 acre preserve 8 km north of Warsaw, is a great opportunity to do some trails near Warsaw. This is one of two major reserves near the city. Bielański is the remaining part of the Mazowiecka Primeval Forest, and is connected with Kampinoski Forest. The forest is home to rich fauna and flora such as wild boars, deer, foxes, rabbits, martens and squirrels as well as 40 species of birds.

It’s about 1.5 km from one end of the forest to the other. There are three cycling and walking trails. A narrow strip of woods connects it with the Kampinos Forest. A nice loop is to do the trails of the Park Przy Lesie Bielańskim and Park Kępa Potocka, just to the east. There’s about 1.5 miles of trail alongside narrow Lake Potocka.