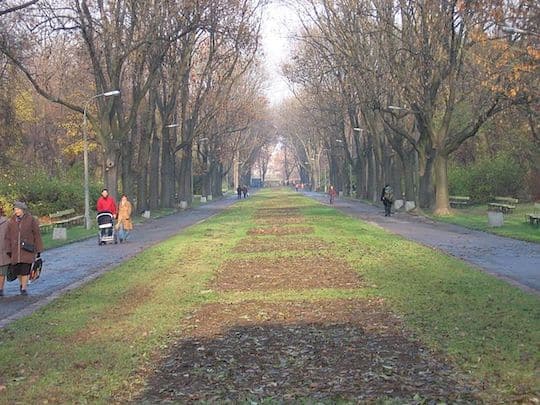 This is a route on the right bank of the Vistula River, in the Praga Południe district. The 58 hectare (143 acre) Skaryszewski Park is named after Jan Paderewski, a famous Polish pianist. It’s a major urban park in the European style, with sculptures & monuments, a rose garden, lake, and amphitheater. The neighboring park, Kamionkowskie Błonie Elekcyjne, which features some lovely canal paths We’ve put together a route showcasing the numerous paved and gravel paths in two parks, plus a jaunt over to the high tech PGE Narodowy stadium, which has a cool path around the perimeter, plus some 70 steps which can add to the workout.

Skaryszewski Park is also home to Parkrun, a free group 5k held every Saturday morning. You can see the course map and learn more here.