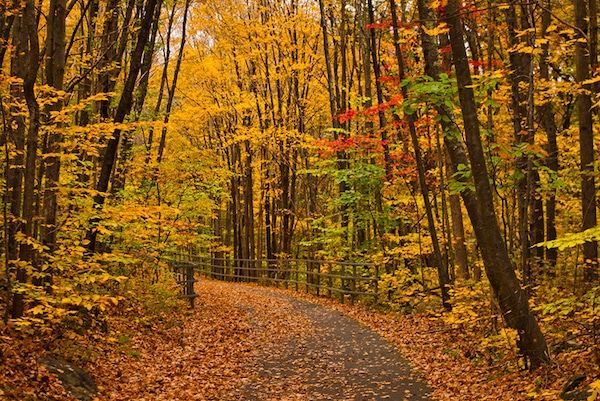 A paved multi-use path spans the entire length of Westchester County for some 35 miles. It’s called the South County Trailway for ~14 miles from the New York City line at Van Cortlandt Park to Eastview/Tarrytown, then continues as the North County Trailway for ~21 miles to Baldwin Place. It’s a great option for a run of any length or as a connector to various parks and other running routes in the area. The two trail maps have good detail.

The North County Trailway starts near Tarrytown Lakes Park, 2 miles north of the Cuomo Bridge. There are a few short sections where the trail is along the road shoulder. The first 8 miles follow the rough outline of the Saw Mill River Parkway and then the Taconic Parkway and are not as attractive. From Millwood (mile 9) north, it’s prettier. Key distances, landmarks, and add-ons, from south to north:

North of Baldwin Place the path continues as the Putnam Trailway for 8 miles to Carmel and then another 3 miles around the eastern side of the Middle Branch Reservoir, ending in Brewster. Then, the Maybrook Trailway goes for 24 miles between Brewster & Hopewell Junction.