The Best Places to Run From Yonkers to Yorktown, including Nyack. See Also Our Hudson Valley Running Guide 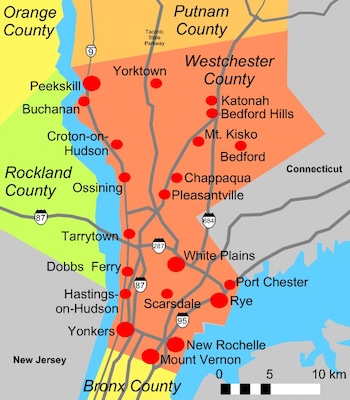 This is our guide to running in Westchester County, a series of  communities situated in the Hudson Valley north of New York City. The area stretches from Yonkers, just north of the Bronx, to Yorktown, and from the Hudson River east to Long Island Sound. The overview map shows the routes organized from south to north. The area is well served by train, making for some great destination run opportunities for New Yorkers. One unfortunate thing is that the best views of the Hudson River tend to be from the train, which runs right along the water! We note that there are several new & improved long-distance multi-use paths that run through Westchester County, part of the 750-mile Empire State Trail. Some of the best places to run in Westchester County, organized by theme:

Some of our favorite runs in Westchester County, NY 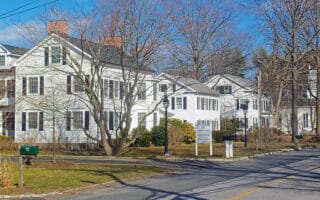 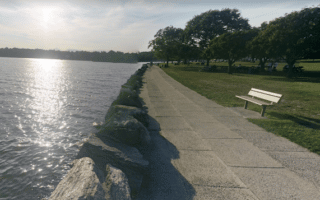 Along the Water | Parks
A nice run in New Rochelle, combining two waterfront parks. The 2-mile loop of Glen Island Park is especially nice. Can be combined with our route from New Rochelle-Five Islands Park-Larchmont route for an even longer run!
Explore 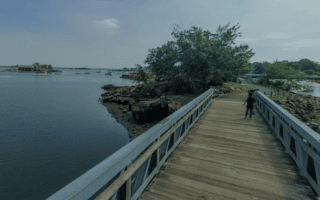 Along the Water | Gorgeous Residential
A pleasant run featuring waterfront sections of New Rochelle and upscale Larchmont, including the lovely Five Islands Park. Additional options to explore on the attractive residential streets of Larchmont and Mamaroneck.
Explore 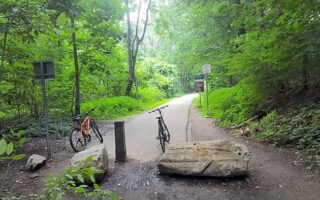 Multi-Use Trails | Rails-to-Trails
The southern section of the ~35 mile paved multi-use path that runs the length of Westchester County. It's ~14.5 miles between the New York City Line and Eastview. Access to numerous parks & other routes. Follows the Saw Mill Parkway for most of its length.
Explore 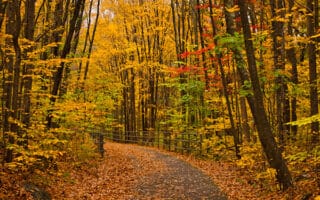 Multi-Use Trails | Rails-to-Trails
The northern section of the ~35 mile paved multi-use path that runs the length of Westchester County. It's ~21 miles between Eastview and Baldwin Place. Access to numerous parks & other routes. More bucolic in the northern 12 miles from Millwood.
Explore 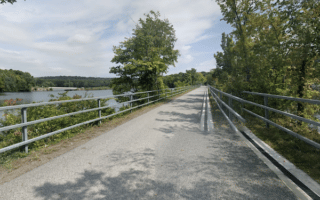 Multi-Use Trails | Rails-to-Trails
More multi-use paths that extend into Putnam County and our Hudson Valley running guide. From the northern end of the North County Trail, The Putnam Trailway goes for 11 miles to Brewster, and then the new Maybrook Trailway runs for 25 miles from Brewster to Hopewell Junction.
Explore 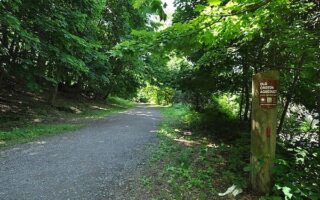 Historic / Tourist | Multi-Use Trails | Trail Running | Rails-to-Trails
Follows a historic aqueduct for 20+ miles from Yonkers to Croton Dam. Mainly unpaved trail is a mix, winding through woods, towns, and historic sites. The southern section is most seamless, and the northern section has a few on-road connector sections.
Explore 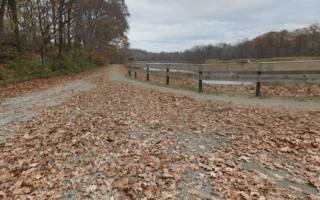 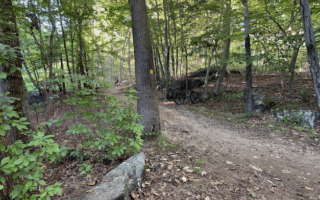 Trail Running
Pleasant trail running in mature hardwood forest with two marked loops adding up to 6 miles. Take a post-run dip in the county's largest pool! Can connect with the 15-mile Colonial Greenway/Leatherstocking Trail for a longer run.
Explore 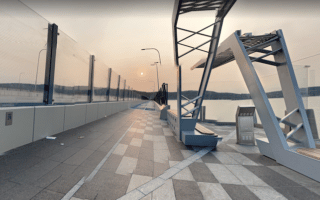 Great Views | Multi-Use Trails | Bridges | Rails-to-Trails
Running the Cuomo Bridge over one of the widest points of the Hudson River is a memorable experience! It's 3.5 miles between Westchester Landing and Rockland Landing. Scenic overlooks, interpretive displays, public art across its length. Add-ons both sides.
Explore 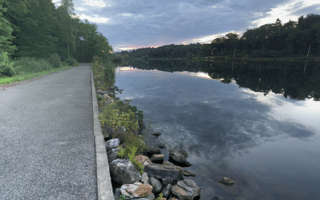 Along the Water | Hilly | Trail Running
A nice, hilly 8-mile route, combining a loop around Tarrytown Lakes, and scenic trails of Pocantico Hills/Buttermilk Hill, the eastern section of Rockefeller SP. There are some road sections that lack a shoulder. Additional trails in Rockefeller SP.
Explore 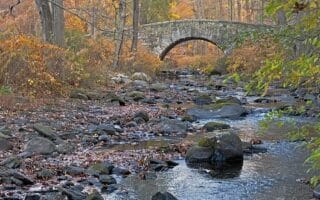 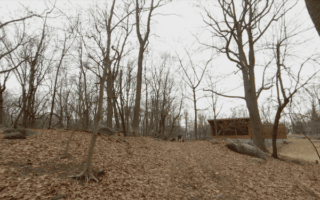 Parks | Trail Running
Several parks and preserves that are nice for running in the Dobbs Ferry/Irvington/Ardsley area. The 400-acre Irvington Woods is the highlight, with a good variety of wooded trails. Can add on with Juhring Nature Preserve, VE Macy Park, S County Trailway.
Explore 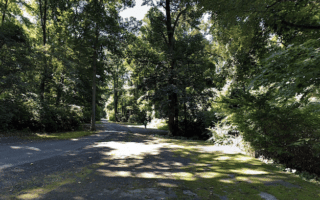 Gorgeous Residential | Trail Running | Estates and Castles
These two parks in the Hartsdale/Scarsdale area combine for ~5 miles of pleasant, mainly wooded paths. Hart's Brook Park preserve is located on grounds of the former Gaisman Estate. Add on with some of the pleasant residential streets of this upscale area.
Explore 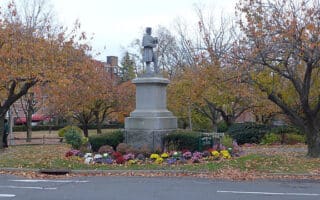 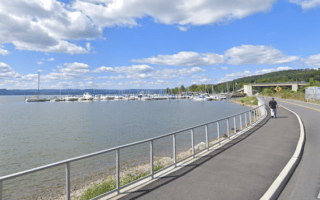 Along the Water | Great Views | Multi-Use Trails | Parks | Rails-to-Trails
Croton-on-Hudson is one of the best spots for a run along the Hudson River in Westchester County. Includes a loop of Croton Point Park, and paved multi-use path to Croton Landing and the 9/11 Memorial. Great water views and nearly all off-road.
Explore 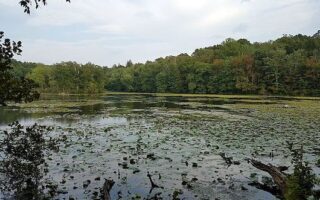 Multi-Use Trails | Trail Running | Rails-to-Trails
Extensive trail running opportunities in this 1,000 acre reservation, with 15 miles of tails of varying difficulty. Can also connect to the 9-mile Briarcliff-Peekskill Trailway, an off-road path that passes through the Reservation and several additional parks.
Explore 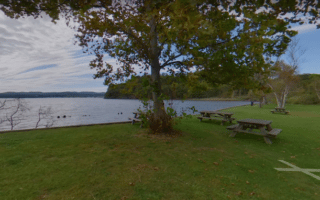 Along the Water | Parks | Trail Running
A pleasant running route incorporating the wooded trails of Georges Island Park, and then a jaunt to Steam Boat Dock in Verplanck, with nice views of Lake Meahagh and the Hudson River.
Explore 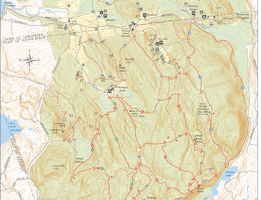 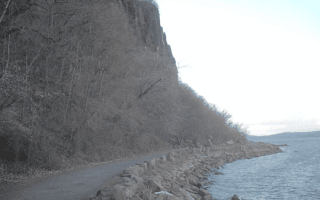 Along the Water | Gorgeous Residential | Multi-Use Trails | Bridges
Terrific waterfront running in this village just over the Cuomo Bridge. Highlight is trail at Nyack Beach State Park, which has great river views. There are also lake loops at nearby Rockland Lake and Congers Lake. You can also now run over the bridge to Tarrytown!
Explore

The weather is similar to the greater New York area, with some moderating temperatures near the coast and slightly more snow inland and toward the north where there’s greater elevation.

Three terrific running-centric stores in the Hudson Valley, in addition  to numerous other stores that sell running gear: