No Thanks
Zurich, Switzerland 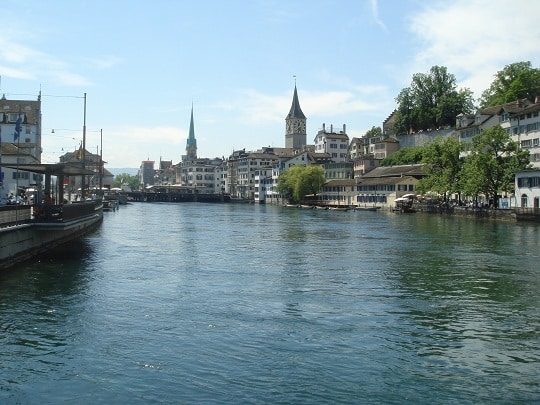 West Zurich is the unexpected, interesting and trendy side of Zurich. It is a former industrial area and full of contrast. Start your run at the Swiss National Museum, on Museumstrasse, across from main railway station, Hauptbahnhof. The Zurich Marriott is in the area. Run along Museumstrasse, which turns into Zollstrasse, into vibrant and multicultural West Zurich. You’ll pass Switzerland’s tallest building, Prime Tower (126m / 413 ft) and several old factory spaces that have been turned into restaurants, theaters – such as Schiffbau and art galleries. The area also features Technopark, which is the home of many start-up companies. Once you have run through West Zurich, and just past Hardbrücke, go across the Ampèresteg pedestrian bridge to run on the northern side of river Limmat, on Kloster Fahr-Weg. Run along the beautiful shore paths back to the main railway station to complete 3.6-mile loop.

Add-on: Additional running along the Limmat River paths. Also, there are paths in the Platzspitz, a park near the museum and the start/end point of the run near the railway station.

Wonderful run on paths along either the eastern or western shores of the lake. Landmarks, parks,... more...

A 20 minute train ride from central Zurich takes you to near the top of Uetliberg, Zurich's... more...