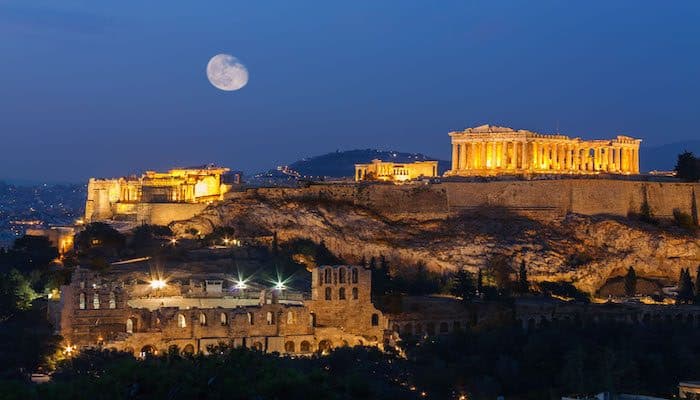 The Acropolis and the sites around it is one of the most visited sites in Greece. The area makes for a spectacular run — we recommend going early to avoid the crowds and the heat…or alternatively, it is spectacularly lit at night.

To extend the run, head downhill and connect to the paths that leads up to Philopappou Hill (green line) and try multiple paths on the hill. There are 2-3 miles of gently rolling footpaths here. Sites include Πνύκα, Soctates Prison, and Theatro Doras Stratou.

Another add-on option: The National Gardens, which is 1.5 km west of the Parthenon.