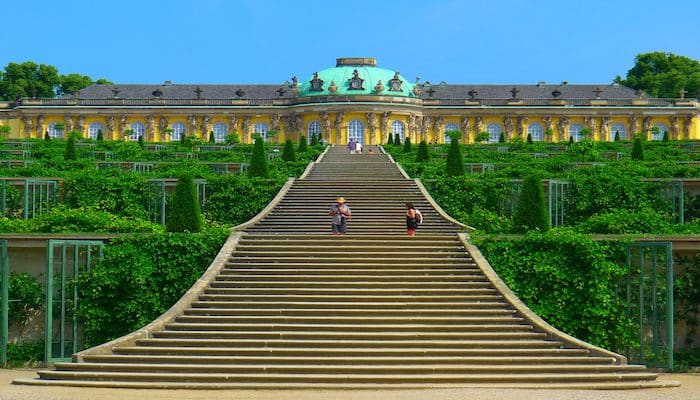 About 15 miles from Berlin and an easy train ride, Potsdam is the capital of the German state of Brandenberg and was the residence of Prussian kings and the Kaiser until 1918. Running options here abound — there are wonderful palaces, paths along the Havel river, and wonderful parks. Our route highlights the famous castles and landmarks of Potsdam. Start at the train station and take Friedrich-Ebert-Straße to the northern city gate. Then take the park path to the main city gate, and into the Marlygarten and the main palace area. Use the northern end paths of the park, running by the Sanssouci (Frederick the Great) palace and gardens, the Orangery Palace and Botanical Gardens, and then along Hauptalee to the Neues Palace — enjoy the stairs! Return along the other area paths. There are great options to add on here: University of Potsdam, paths along the Havel river 2k just to the south, and many wonderful parks, particularly to the east.