A guide to the best places to run in central Berlin & Outskirts, including Potsdam 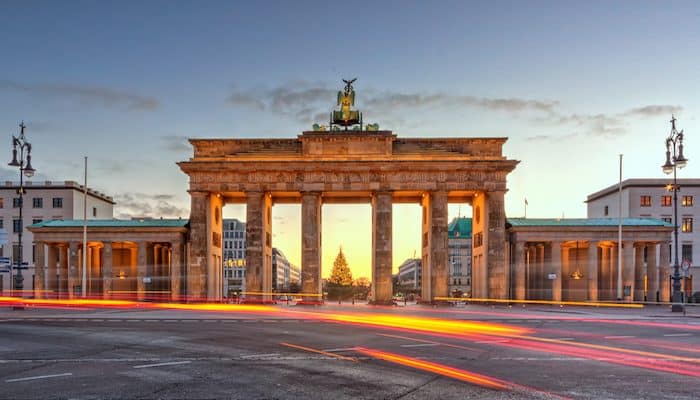 Berlin is one of the largest cities in Europe, and is one of the most interesting and exciting cities in Europe to visit. You can go back in history to a church from 1230 A.D., to the more recent history of the fall of the Berlin Wall and the ever-changing city and rejuvenating neighborhoods. Berlin was built on a grand scale, with large everything — avenues, parks, and squares. There’s a terrific variety of options for running in Berlin, from classic paths along the Spree River, the iconic Tiergarten, and numerous great neighborhoods and linear parks.

To get acquainted with Berlin, we’ve put together a 12k ‘runseeing‘ tour of its key sites. The best place to run in Berlin is the centrally-located Tiergarten. We also love running on the paths along the Spree River and the Landwehr Canal. Another running treat is the Charlottenburg Palace. To get inspired, explore Berlin’s Olympic Park. Another favorite is Grunewald Forst, which has grand allées to lake loops and more rugged trails. Tempelhofer Field, a large park built at the site of the former airport, is a new addition to the Berlin running scene. Just outside the city, highlights include Spandauer Forest, Tegeler Forst, and some wonderful parks for running near the convention center and airport. If you have the time, hop on a train and go to Potsdam and do the ‘Palace Run’. Note: If you’d like to have a guided running experience in Venice, we highly recommend our affiliate partner Go! Running Tours.

Berlin has a super-efficient public transport system, which makes it easy to access all our running spots or do a one-way run!

Some of our favorite runs in Berlin, Germany

Historic / Tourist | Iconic | Parks | Iconic Parks
The Tiergarten is the running capital of Berlin. A vast, 545 acre green space right in the city, Tiergarten is a running paradise for locals and visitors alike.
Explore 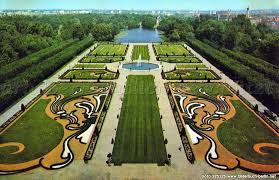 Historic / Tourist | Parks | Estates and Castles
The largest palace in Berlin, with lovely gardens. Perimeter paths are ~ 2 miles with more possible in the interior.
Explore

Historic / Tourist
An island in the heart of Berlin with important museums and buildings. Run ~4 miles on the island and along river paths on either side.
Explore 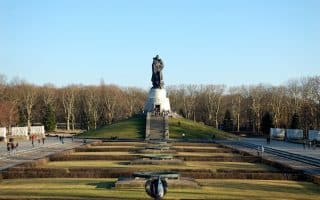 Along the Water | Parks
Treptower Park is a good anchor point for running in east Berlin. Numerous paths that can be combined with a run along the Spree River and the Soviet War Memorial.
Explore

Historic / Tourist
Berlin’s most important commercial street, lined with cafés, clubs, stores, and restaurants. A there and back along the main sections of the road is ~4.8 miles.
Explore 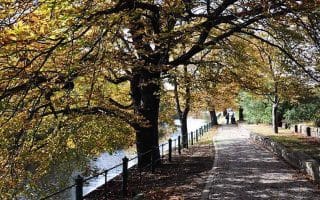 Along the Water | Parks
A pleasant run in east Berlin, taking in the trails along the Landwehr Canal and Gorlitzer Park, with its big open fields and paths.
Explore 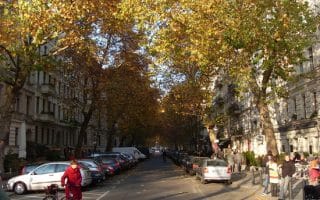 Gorgeous Residential
Prenzlauer Berg and the Wilmersdorf are great neighborhoods for running. Volkspark Wilmersdorf is a lovely linear park that has a tour of 5–7k.
Explore 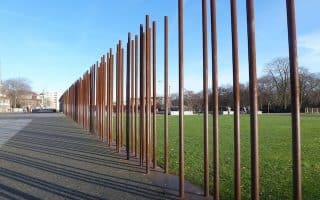 Historic / Tourist
A fascinating run in a park dedicated to the Wall memorial, 1.4 km paralleling Bernauer Strasse. Information posts along the way. Includes jaunt into Park am Norbahnhof.
Explore 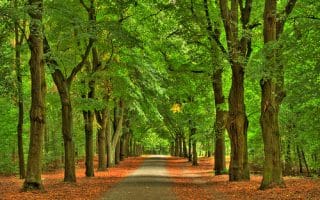 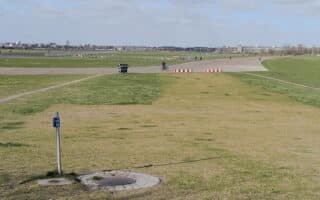 Historic / Tourist | Multi-Use Trails
A new addition to the running scene in Berlin! Former airport is now a large park, with a 6 km multi-use trail, large fields, and one of the world's largest buildings available for public use. Add on with the adjacent Hasenheide Park.
Explore 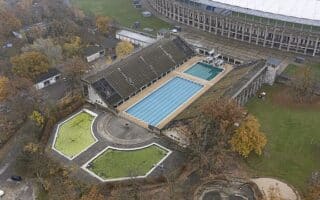 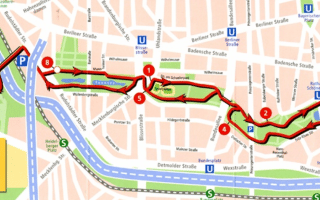 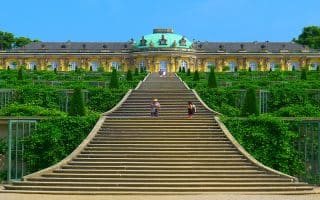 Historic / Tourist | Iconic | Parks | Iconic Parks
The Tiergarten is the running capital of Berlin. A vast, 545 acre green space right in the city, Tiergarten is a running paradise for locals and visitors alike.
Explore ry spread out — about 5x the size of Paris, and distances are big. So, best to plan your runs and where to stay, and use the fabulous transportation system with extensive subway (U-Bahn), rail (S-Bahn), and bus lines. Topographically, the city is fairly flat. For some hills, go to Volkspark Friedrichshain . Berlin climate is typical of continental Europe. Winters are cool but not frigid. Summers can be warm and humid but not hot, with lovely long days. Rain is spread throughout the year.

There is a huge selection of hotels in Berlin. The city is very spread out, so best to plan you stay near one of the routes and near a metro station. Recommendations:

Many of the running shoe companies have running stores in Berlin.

Runners Point. Has 5 stores in the Berlin area. Most central is in the Berlin Mall, and in Spanauer. Apparently their Ku’damm location is closed. A fast growing group run culture.

Puma Store and Adidas Store, Potsdamer Platz, and a couple of other locations.

Run-Pack.  Tuesdays, Thursdays and sometimes Sundays.
All from Berlin-Mitte

SCB running club that meets every Saturday at 2 p.m. at the Siegessaule in the Tiergarten. Groups break up into all levels, from a slow 15-minute run to longer than an hour at a faster pace.

Running in Germany. Good site for info about marathons and other interesting races in Germany.

Berlin Marathon. September. One of the world’s five majors. It has two gentle inclines at miles 17 and 21. Otherwise, it’s a fast, flat course through the whole city, and 800 years of history with a spectacular new finish, through the Brandenburg Gate.

Big 25 Berlin. May. An undulating urban route that starts and finishes at the Olympic Stadium. Great race, going back to 1981, through Berlin sites.

Berliner City Nacht. Summer. This summer evening 10-K starts at the Europa Center Mall and runs down the Ku’damm.