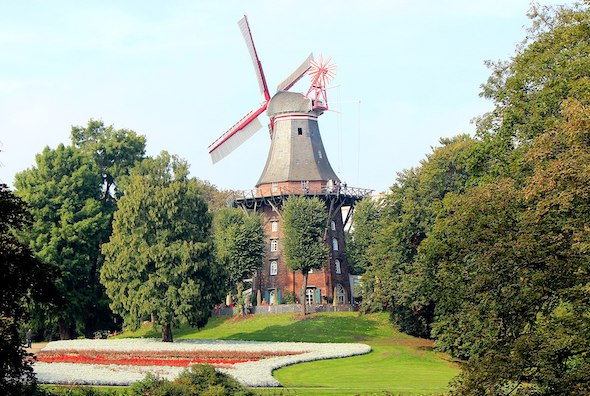 The Wallanlagen is a linear park alongside the Stadtgraben River, making for a terrific 5.75 km loop in Bremen.

The path starts at Theater am Goetheplatz, location of several museums, just east of Old Town. The north side path, called the contrescarpe, runs through a thin park along the Stadtgraben River, to Doventor. Just short of 3 km, it loops around to the south side, where paths pass through the Wallanlagen, a park built in the 18th century on the site of the city’s walls. There are sculptures, lovely landscaping, and a moat. There’s a path along the water and several interior paths.

Add-Ons/Combinations: Can connect to our Weser River route in Alstadt, or our Kleine Weser route in Neustadt.

Another one of a series of attractive waterfront routes in Bremen. This 10k loop is along paths... more...