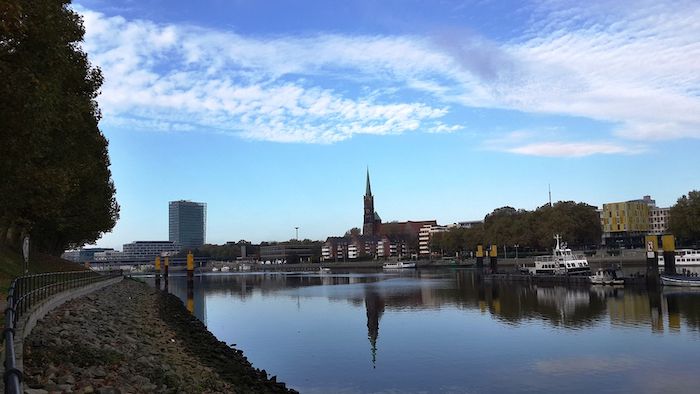 This is another pleasant waterside run in Bremen, Just south of the Weser River, Kleine Weser (‘little Weser’) and Werdersee (lake) feature paths along both sides. A full loop is 10 km. There are nice water views and a pastoral, park-like atmosphere. Starting in Alte Neustadt, run on the north side of the water. There’s a pedestrian bridge at Stone Toten at the 1 km mark. At 2 km, the path runs through a nice park, where you can connect with the Strandweg (path) along our Weser route. At the 5 km mark, run around the outside of the Neue Weser (wildlife refuge), crossing over to the south side paths. As an alternative, you can also head just north to connect to the Weser River paths.

Add-Ons: Other river paths — Weser River, and Wallanlagen — can be mixed and matched.