A Guide to running in the Bremen Area, Including routes in Bremerhaven and Oldenburg 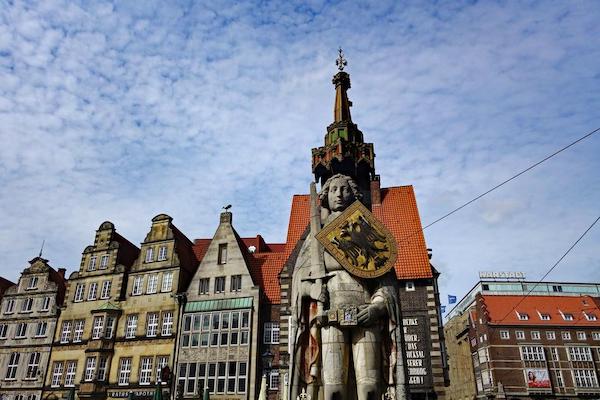 Bremen is a cultural and economic hub in northern Germany. Located on the Weser River, it’s also a major port city. Our guide to running in Bremen also includes some selections in Oldenburg and Bremerhaven, both considered part of the greater Bremen area. Note: Brücke=Bridge, See=Lake

The best places to run in Bremen center on the riverfront paths. Routes along the Weser River, Kleine Weser (‘little Weser’), and the Wallanlagen ares showcase Bremen’s waterfront setting, and can be combined in all sorts of fun ways. Bremer Bürger Park is a classic European park, and can be combined with the adjacent Stadtwald for a longer run. There’s also a nice path in the Westliches Hollerland wildlife refuge.

In Oldenburg, the Schloss Palace gardens are a treat, and there are also several routes along the city’s various waterways and lakes. And in Bremerhaven, 70 km north of Bremen on the north sea coast, we love running along the scenic promenades showcasing the Geeste River the city’s port area. and also some attractive parks.

Routes in Bremerhaven and Oldenburg

Some nice running in this city 50 km west of Bremen. The gardens of the Schloss palace... more...

All Routes in the Bremen Area 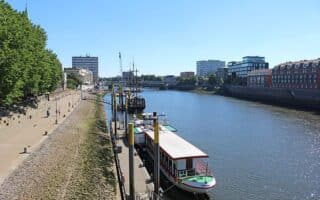 A classic European river run. There are paths along both sides of the Weser River, with terrific water views. A full loop, starting just west of the historic center, is 14 km. Numerous other paths and parks in the area allow for variations.
Explore 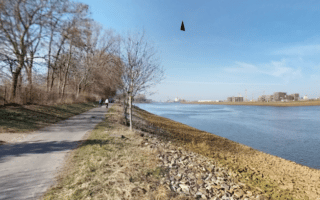 Waterfront park in the Rablinghausen section of Bremen with a 3.5 km path along the Weser River. Mainly open with fields, river views, and a running track in the center of the park. Can be accessed from central Bremen.
Explore 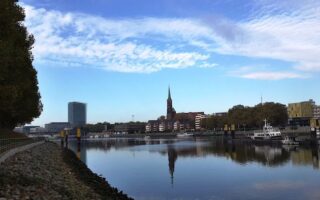 Another one of a series of attractive waterfront routes in Bremen. This 10k loop is along paths on both sides of the Kleine Weser ('little Weser'), and has a pastoral, park-like feel. Options to vary & combine with our Weser River route.
Explore 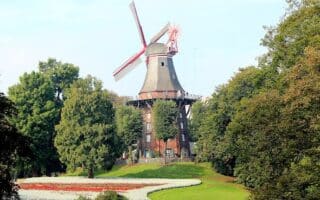 The Wallanlagen is a linear park built in the 18th century on the site of the city's walls, alongside the Stadtgraben River. Paths line both sides of the river, making for an easy and attractive 5.75 km loop. River views and lovely landscaping.
Explore 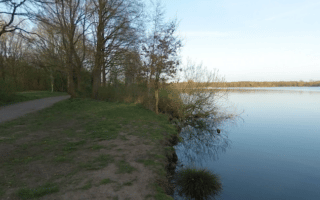 A nice spot for a standalone run or done in combination with Bürgerpark. Several km of crisscrossing wooded paths, a 1.5 km lake loop, and jaunt through University of Bremen campus, which has a great running track.
Explore 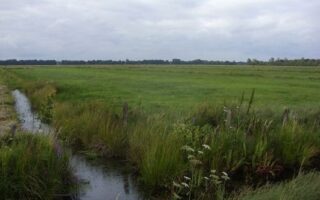 A terrific 10k run along a multi-use path through a wildlife refuge, looping back with a section along the Wümme river and Suhrfleet stream. Open terrain, in a green floodplain, with pretty views. Can combine with our Stadtwald route.
Explore 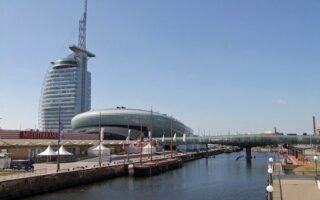 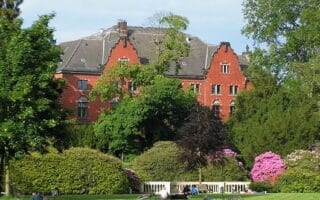 Some nice running in this city 50 km west of Bremen. The gardens of the Schloss palace are a highlight. There are also attractive waterside paths along the Osternburger Kanal, Hunte River, and some fun lake loops.
Explore

Another one of a series of attractive waterfront routes in Bremen. This 10k loop is along paths on both sides of the Kleine Weser ('little Weser'), and has a pastoral, park-like feel. Options to vary & combine with our Weser River route.
Explore

Bremen has a temperate oceanic climate influenced by the nearby North Sea. Winters are cool and damp but not too cold, while summers are mild nut not warm. Summer running weather is pleasant, as temps rarely get hot and the days are long. You might need a layer even in summer. In winter, temperatures hover just above and below freezing, with occasional cold snaps and snow. Bremen averages 670m (26 inches) of rain annually.

Bremen is a major economic and cultural hub and there are numerous accommodations. Try to stay near the center for access to some of our favorite river and park runs. There’s also a good transportation system, with numerous tram lines and buses. Nearly all our routes in Bremen are easily accessible by public transport.

There are numerous spots to get running gear in Bremen, but the go-to running store is Absolute Run Bremen.

Road Runners Bremen is the most active running group in Bremen.

There are group runs