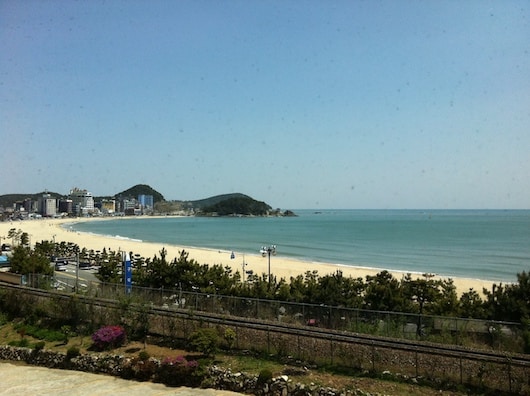 Haeundae Beach and Songjeong Beach, located east of Busan, are popular urban beaches that are decent for running. A path located on the bed of the former Mipo Railway runs for 4 km between the two beaches, making for a 7 km one-way run!

Haeundae Beach is a wide, 1.5 km long with fairly fine sand. There’s a wide path along the beach which is great for running. One can run the beach itself, although the sand is fairly soft. Just past the eastern end of the beach, a small road leads to a path that runs along the former Mipo Railway, which is a popular spot for walking and features great views of the Sea of Japan. Note: the surface is generally crushed stone, which might be sub-optimal for some runners.  The path runs for 4+ km to Songjeong Beach, which itself is 1 km long and similar to Haeundae Beach for running.

The multi-use trails along the Nakdong River are among the best spots for a longer, seamless off-road... more...