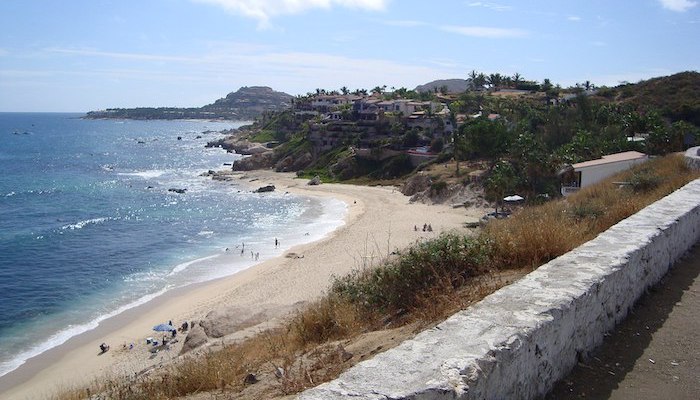 San Jose del Cabo is 30 km north of Los Cabos, on the southern tip of Mexico’s Baja Califoria peninsula. The best places to run in San Jose del Cabo include a marina loop, paths along an estuary, two long beaches, and a hilly run up the Camino del Cañón.

Marina Puerto Los Cabos: The busy port of Los Cabos is encircled by an incredibly scenic multi-use pathway which is about 2.4 km long (one-way). Run past the docked ships, palm trees, and sculpture gardens on this meandering walkway just east of the city center. ROUTE MAP.

Playa Hotelera/Playa Costa Azul: Vacationers in San Jose are apt to stay at the Zona Hotelera, a strip of accommodations located along an inviting stretch of beach. Though the sand along Playa Hotelera and Playa Costa Azul trends towards soft, it does provide a pleasant straightaway for runners to take off along the water. The beach stretches about 2.7 miles, from the Estero San Jose in the north to the Mirador Costa Azul in the south. It’s best to run at low tide when the beach is wider and the sand is firmer.

Longer Option: Add an out and back on Camino del Cañón or run along the concrete sidewalk of Paseo Malecon San Jose (parallel to the beach) for more mileage. ROUTE MAP.

Estero San Jose: The estuary of San Jose borders the east end of the Zona Hotelera. This massive wetland sits at the confluence of a freshwater wash from the Sierra de la Laguna Mountains and the salty Sea of Cortés. It’s home to innumerable avian and wildlife species, as well as miles of trails. Runners can take advantage of the paved and dirt paths throughout the park. A popular 1-mile running track reaches from the Holiday Inn to the bird lookout on the north side of the park (shown in our route map). ROUTE MAP.

Camino del Cañón: Camino del Cañón is one of the best long-distance running options around San Jose del Cabo This dirt road begins under Route 1 where the wash meets Playa Costa Azul. From here, runners can follow the road uphill for up to 2.5 miles to the intersection near 1D. It’s hilly headed up from the beach, gaining 136m over 4.2 km. There are plenty of connecting roads and paths in this area, but they are mostly unmarked and the terrain can be tough. Wear sun protection and bring plenty of water. ROUTE MAP.

A short, but pleasant promenade winds around the scenic harbor of Cabo San Lucas. The Boulevard Paseo... more...