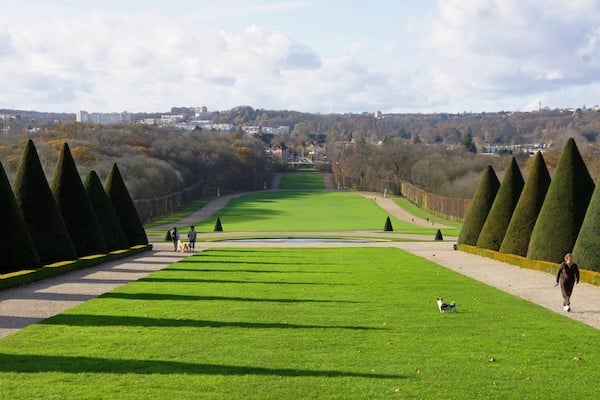 Just a few km east of central Toulouse is an opportunity for an 8.5 km out and back run on a multi-use path connecting two parks, the centerpiece of which is the Parc de la Grande Plaine (Park of the Great Plain). A nice feature is that it’s accessible via metro.

Start at the north end, in the Jardins De l’Hers, in Argoulets, near the metro stop. Head south for 1.4 km through the open park/garden, or on the paved multi-use path on its eastern end. Continue south of the Jardins on the path for 2 km, which we admit is a not overly scenic stretch alongside a highway, to the Parc de la Grande Plaine. This is a quite grand park, with numerous paths, including some classic allées. Run the ~1.5 km lap around (opportunities for more), and then retrace your steps.

Run for 250 km to the Mediterranean! The Canal de Midi multi-use path runs right along the... more...