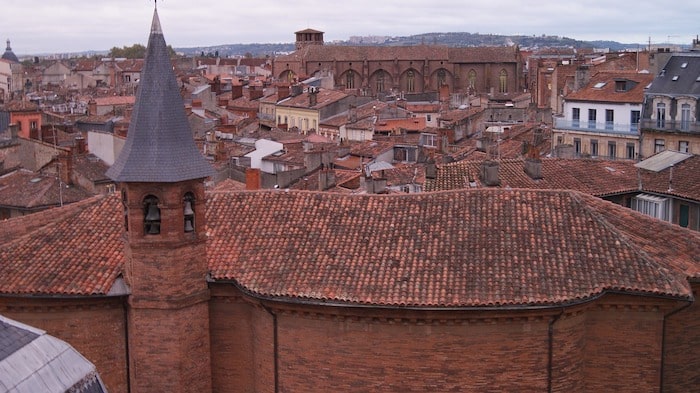 Fourth largest city in France and the capital of the Occitanie region, Toulouse is known as the ‘pink city’ for its pinkish terracotta bricks. Toulouse is a center of the French aerospace industry, and is home to France’s fourth largest university and Europe’s largest remaining Romanesque building. The scene for running in Toulouse centers on its paths along the Garonne River and the Canal de Midi. There are also some nice parks and other multi-use trails. And the weather is great for running year-round!

The signature run in Toulouse involves the extensive paths along the Garonne River, with many km possible on the east and west banks. Another great place to run in Toulouse is along the Canal de Midi path — where you could run 250 km to the Mediterranean! We’ve also designed an enjoyable ‘runseeing‘ tour of Toulouse, which hits the city’s historic highlights, principal parks, and waterfront paths. Just east of Toulouse, we recommend a run on the path connecting Jardins De l’Hers and the Parc de La Grande Plaine.

Toulouse is easy to get around, with an extensive bus, metro, and tram system, plus the VélôToulouse bike share program. All of our routes are transport accessible.

Some of our favorite runs in Toulouse, France 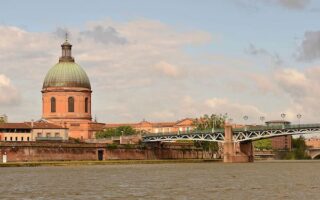 Classic European river run, with paths on both the east and west banks of the Garonne. Our preferred route is 5.3 km from Prairie Des Filtres to the Blagnac Bridge. From there, you can run for another 5+ km on the east or west side of the river.
Explore 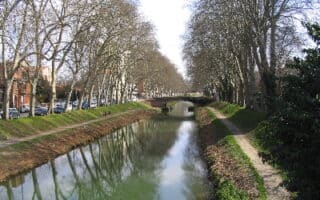 Run for 250 km to the Mediterranean! The Canal de Midi multi-use path runs right along the water from Toulouse southeast to the sea. We've mapped the first 25 km to Montgiscard. Mostly gravel surface.
Explore 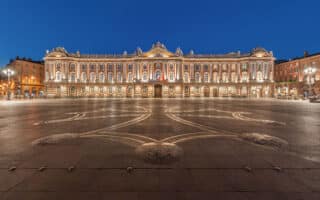 This 10.5 km 'runseeing' tour of Toulouse hits the highlights, including the historic centre, numerous parks and gardens, the hip St.-Cyprien neighborhood, and some nice waterfront sections.
Explore 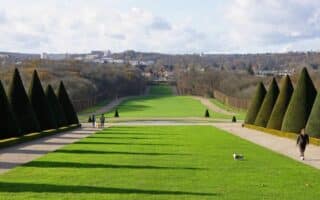 A few km east of Toulouse and accessible by Metro, a paved multi-use path connects two gardens/parks. The centerpiece is the Parc de la Grande Plaine, an open park which has some grand, allées type paths.
Explore

Classic European river run, with paths on both the east and west banks of the Garonne. Our preferred route is 5.3 km from Prairie Des Filtres to the Blagnac Bridge. From there, you can run for another 5+ km on the east or west side of the river.
Explore

Toulouse has good weather for running year-round, with plenty of sunshine and rarely too hot or too cold. In summer, temperatures climb to 28C (82F), with some humidity. In winter, average highs are near 10C (50F), with nights dipping to just above freezing. Snowfall is rare. The 640 mm (25 inches) of precipitation is fairly evenly spread throughout the year. 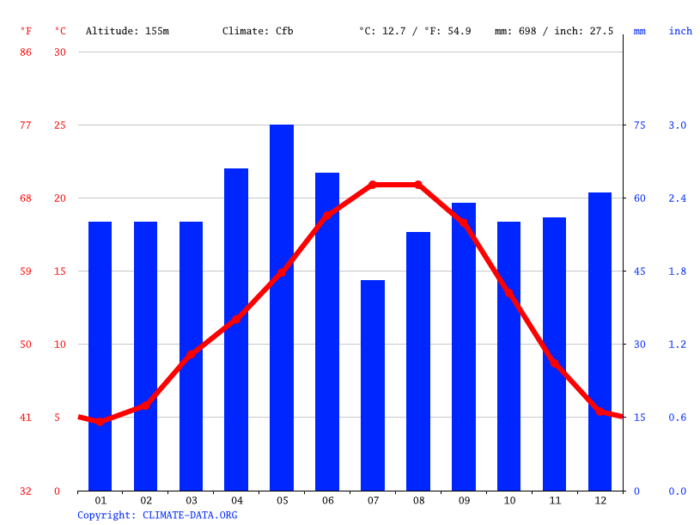 Try to stay in near the Garonne River or Canal de Midi paths, or near the historic center for a nice route outside your door.

There are several good running stores in Toulouse.

A branch of Salomon Running

Ahotu Marathons has a good listing of running events in Touloue, including their signature Marathon held in October.