No Thanks
Klaipėda, Lithuania 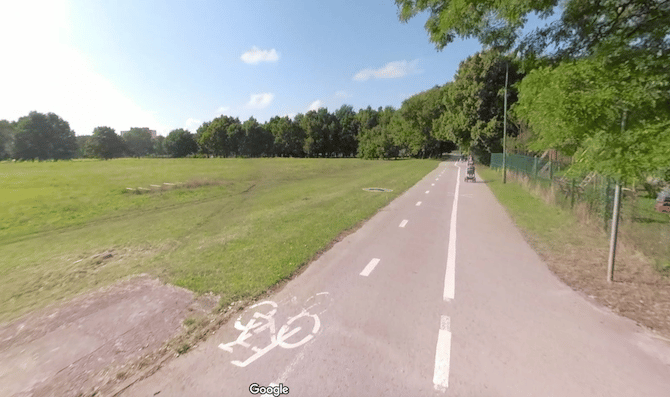 In the southeastern part of Klaipėda, there’s a series of pedestrian paths passing through sort of a linear park area, also connecting several schools. It’s up to ~4 km north-south on a combination of walking and cycle paths. One of the highlights is the small, green Draugystės parkas. Just north of there is a running track.

At the north end, the paths start just south of Baltijos pr. at the Klaipedos Martyno Mazvydo pagrindine mokykla school. Continue south as far as Jūrininkų pr.  You can also make it a loop by heading back north on the cycle path paralleling Minijos g., then heading back east along Kalnupės g.