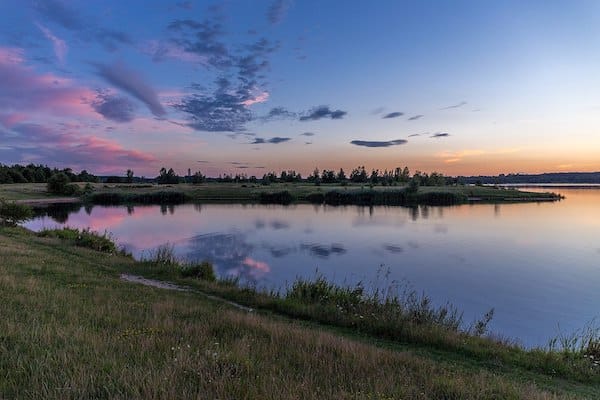 There are many pleasurable running opportunities in the Cospuden Lake area, located 7 km south of Leipzig. The lake is a popular swimming and boating spot in summer. Note: Lake=See

Lake Loop: Most popular is the 10 km loop around the lake on a wide, mainly paved multi-use path. There are lake views for some of the route, and nice views . Along the way, there are parks, numerous lakeside restaurants, the Bistumshöhe observation deck, and a swimming beach.