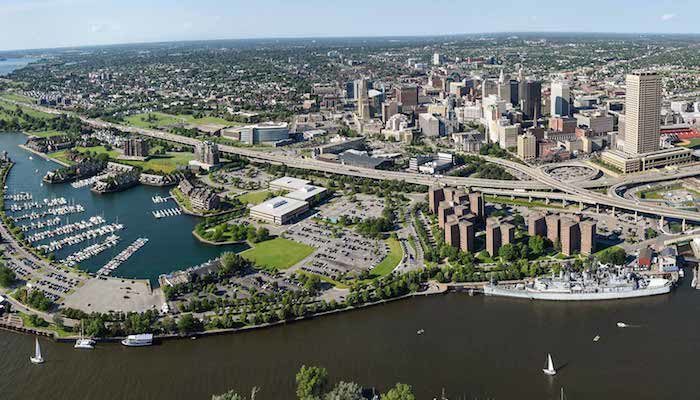 Located in Western New York on the eastern shores of Lake Erie, Buffalo is New York State’s second most populous city. The Erie Canal, Lake Erie, and railroads are an important part of the city’s history as a major trading and industrial center. Buffalo was planned on a grand scale, with wonderful buildings, such as City Hall and the the Frank Lloyd Wright art gallery, and one of the most significant urban park systems in the country, designed by Frederick Law Olmsted. The scene for running in Buffalo centers around waterfront runs along Lake Erie and the Niagara River, and in some of the great parks and along Olmsted-designed parkways. Fun fact: the YMCA ‘Turkey Trot’ is the oldest continuously run footrace in the world.

The best places to run in Buffalo are the Olmsted-designed Delaware Park, and several routes showcasing Erie Basin and the Niagara River. There are also some great runs in the Tonawanda area. And no running experience in Buffalo is complete without doing a section of the 360-mile Erie Canalway Trail. For more in the area, see our guide for nearby Niagara Falls  — both the U.S. and Canadian sides, and the  Niagara region of Ontario, including Niagara-on-the-Lake and St. Catharines.

Some of our favorite runs in Buffalo, NY 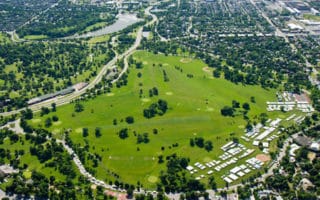 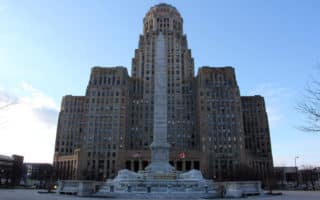 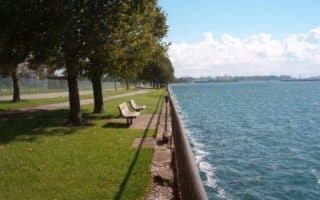 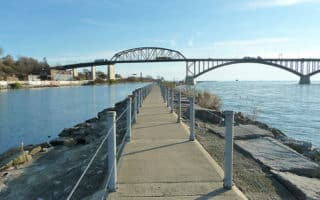 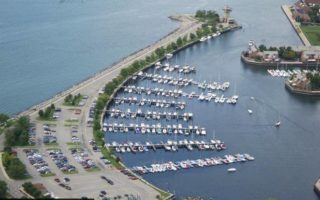 Along the Water
Another great spot for waterside running in Buffalo. The highlight is the 1 mile path along the Erie Basin Marina, which has lovely manicured gardens along the water, and views to Buffalo Main Light.
Explore 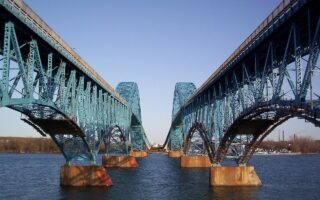 Along the Water | Multi-Use Trails | Rails-to-Trails
This paved path follows the Niagra River and 190/266 all the way to Tonawanda. The total span is about 9 miles one-way.
Explore

Multi-Use Trails | Parks | Foliage | Universities
In the northeast part of Buffalo in Tonawanda, there are some terrific running options in the area of Ellicott Creek Park, with 15+ miles of paths incorporating the park, along the Erie Canal, along Ellicott Creek, and around the campus of the University of Buffalo.
Explore 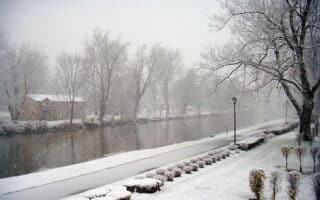 A Taste of the Erie Canalway Trail

Along the Water | Historic / Tourist | Multi-Use Trails
No running experience in Buffalo is complete without doing a section of The 360-mile Erie Canalway Trail that runs between Buffalo and Albany! We've mapped three nice sections between Tonawanda and Lockport, totaling ~20 miles, with some short gaps.
Explore 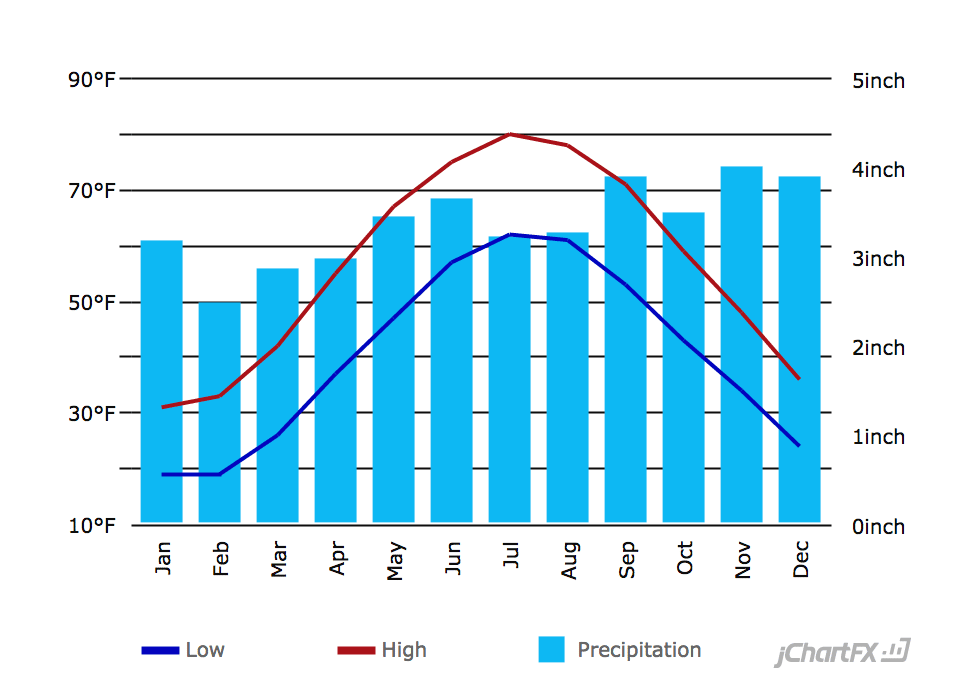 a four season climate. Lake Erie is an influence, resulting in lots of overcast,  precipitation falling on nearly 50% of days, and an average of 92 inches of snowfall annually. There are years when the snow can really stack up. Average January highs are around the freezing mark. Summers are warm and humid, with average high temps around 80F. Fall in the area is gorgeous.

Buffalo has a reasonable number of hotels in the downtown area, between S. Elmwood and Michigan Ave. and near the Convention Center. For good downtown running, try to stay near the water (Lake Erie, Buffalo River), such as at the Marriott Harbourcenter. There is also a cluster of hotels near the I-90/I-190 intersection. 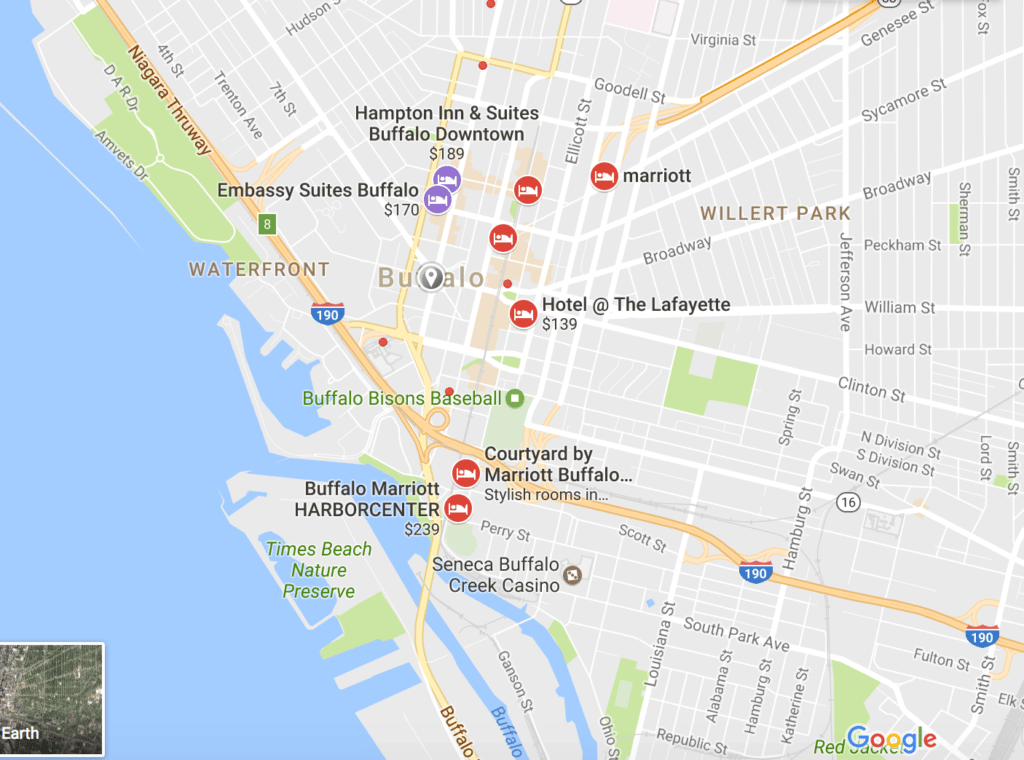