Best Places to Run in Jacksonville, Plus Nearby St. Augustine and Amelia Island 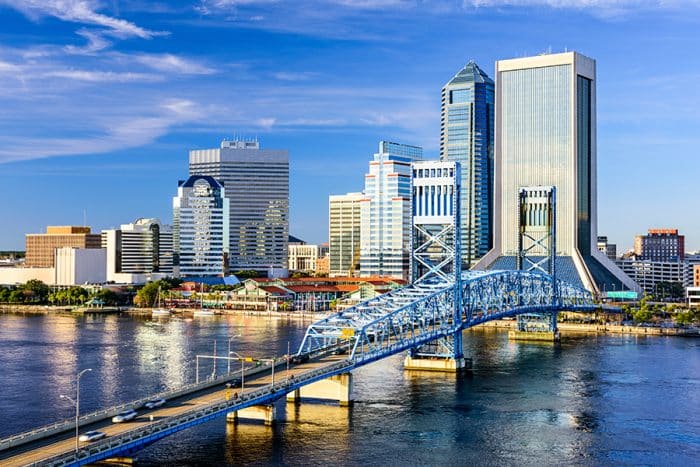 Jacksonville is the most populous city in Florida and also the largest city by geographic area in the United States. Downtown is a mix of Old South atmosphere and Mediterranean architecture, with gleaming high-rises. A pleasant riverfront area, stately residential neighborhoods, nearby beaches, and numerous large parks with extensive trails offer great opportunities for running in Jacksonville. Nearby, we also have extensive running guides for the Amelia Island and St. Augustine areas.

In the downtown area, which is divided into northwest and southeast sections by the St. Johns river, there is good running on the Riverwalk, a route incorporating the numerous bridges, and the south bank sector consisting of the historic community of San Marco. The neighborhoods of Venice, Ortega, Baymeadow, and Forest Circle offer great opportunities for running. The beaches, located 17 miles east of downtown, offer 20 miles of hard-packed white sand that’s great for running, as well as well as wide boulevards. For trails, we love Guana River State Park, Theodore Roosevelt Preserve, and the Durbin Creek Peninsular Preserve Trail.

Note that Jacksonville can be very hot in summer. As for transport, there is some downtown but the area is very spread out and a car is generally needed.

Some of our favorite runs in Jacksonville, FL

The Riverwalk is the running highlight of downtown Jacksonville, with 2 miles of paths on the north... more... 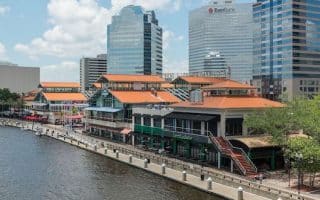 The Riverwalk is the running highlight of downtown Jacksonville, with 2 miles of paths on the north bank and 1 mile on the south bank of the St. Johns River, connected by the Main St. Bridge and Acosta Bridge. Stadium loop is 2.5 mile add-on.
Explore 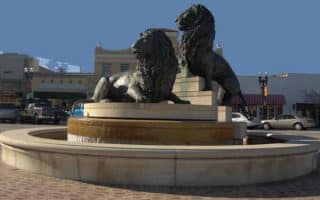 Another option for a downtown run, incorporating trendy San Marco Square, an upscale residential district, two bridges, and a section of the Riverwalk Path. Add on or combine with Riverwalk.
Explore 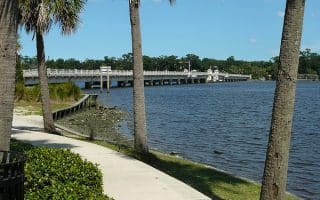 The Ortega neighborhood is bordered by the St. Johns River on the East, the Cedar River on the North, and the Ortega river on the West, practically making it an "inland island."
Explore 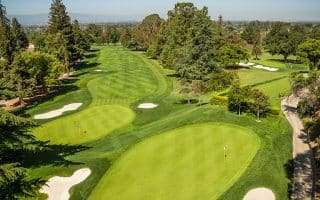 This diverse neighborhood reveals part of Jacksonville’s rich cultural diversity. A great run for hot days as it provides lots of shade & you can find the perfect fit gear at 1st Place Sports while you’re at it!
Explore 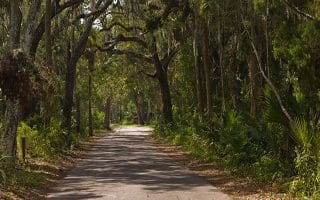 A nearly perfect 1 mile loop with intervals marked off with white lines on the road every 200 meters makes Forest Circle a go to for runners.
Explore 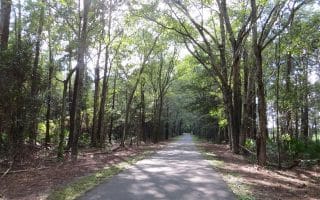 The Jacksonville-Baldwin Trail is 14.5 miles long and runs from Jacksonville’s westside to the small town of Baldwin. The trail is great for running as the surface is entirely asphalt.
Explore 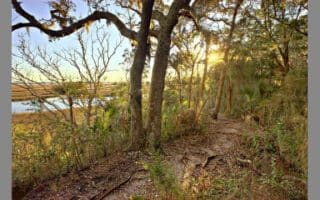 The Theodore Roosevelt Preserve covers 600 acres adjacent to the Fort Caroline National Memorial. The trails offer a lot of elevation, with some of the steepest hills you will find in the area.
Explore 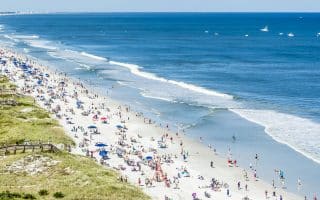 For some typical Florida running, consider an 11-mile strip of some of Florida's most gorgeous and relatively uncrowded beaches.
Explore 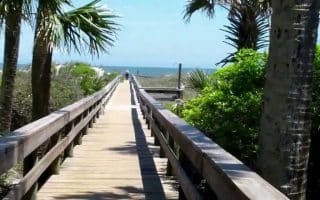 Hanna Park is a 450 acre park located oceanfront just north of Atlantic Beach. With cool ocean breezes along the way and a plunge in the surf after your run, this park is ideal for one of the hot days!
Explore 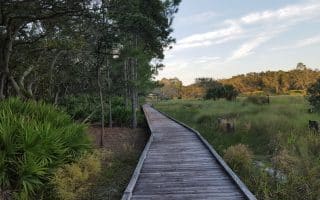 This park has approximately 9 miles of trails that wind through undisturbed maritime forest, with marsh and intracoastal waterway views.
Explore 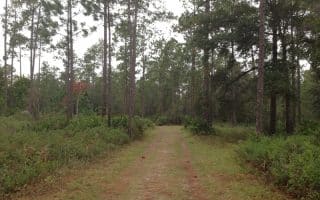 One of the best off-road courses in the Jacksonville Area, these are easy trails through terrain ranging from sandhill to lush floodplain swamp and marshes. Blazed loops of 3.9 and 6.1 miles.
Explore 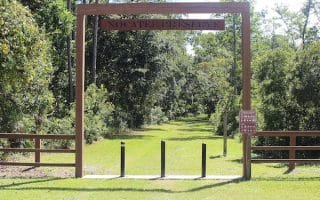 A master planned community, between St. Augustine and Jacksonville. Great running on the 10+ miles of 'fitness trails' around the 5,000 acres of village-like neighborhoods. Or run on the lovely 3.5-mile Nature Trail of the nearby Nocatee Nature Preserve.
Explore 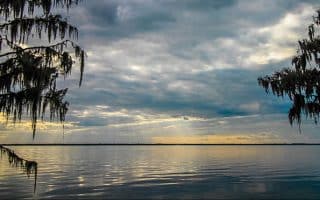 The Perfect 10 got its name not for it's beauty or terrain, but because it was measured several times. Although it is also one of the most scenic runs in Jacksonville!
Explore 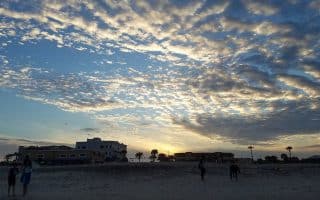 Amelia Island and its main city of Fernandina Beach are located just 40 minutes north of Jacksonville on a beautiful barrier beach between the Amelia River and the Atlantic ocean. Great beach running, bike paths, state parks, and scenery, plus a hip downtown area.
Explore 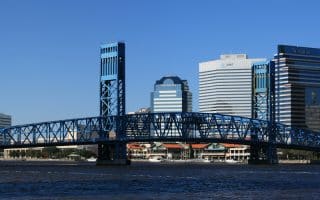 Main Street and Acosta bridges offer a training ground for runners who need to add some altitude. The closest thing to hill training in Jacksonville.
Explore

The Riverwalk is the running highlight of downtown Jacksonville, with 2 miles of paths on the north bank and 1 mile on the south bank of the St. Johns River, connected by the Main St. Bridge and Acosta Bridge. Stadium loop is 2.5 mile add-on.
Explore

Another option for a downtown run, incorporating trendy San Marco Square, an upscale residential district, two bridges, and a section of the Riverwalk Path. Add on or combine with Riverwalk.
Explore

For some typical Florida running, consider an 11-mile strip of some of Florida's most gorgeous and relatively uncrowded beaches.
Explore

Jacksonville has a humid subtropical climate. Summers are hot and wet, with high temps around 90F and near daily thunderstorms. November through April is drier. Winters are typically mild and sunny. January high temperatures average in the mid 60s and it can be chilly at night. Bring layers. It’s not as warm as south Florida! Downtown: Graced by the beautiful St. Johns River, and minutes away from pristine white sand beaches, Downtown Jacksonville is truly unique. Cross over one of the seven bridges spanning the river or take a sunset water taxi ride for the best city views!

The Riverside & Avondale Neighborhoods: Stroll through the charming tree-lined streets of historic Riverside & Avondale for fabulous antique shopping, cafes, and boutiques. View the world-class art collection at the Cummer Museum of Art and Gardens and don’t miss the exciting Five Points area for dining and shopping options with a hip, local twist.

Northside & Airport: Check out the Northside and Airport areas where you can visit the Jacksonville Zoo & Gardens or tour the Budweiser Brewery. The beautiful Timucuan Ecological and Historic Preserve offers numerous outdoors activities and historic sites like Kingsley Plantation for a glimpse into the past.

Westside & Orange Park: Some say the Westside offers the best city skyline views in Jacksonville. Take in the historic mansions in the wealthy Ortega neighborhood or enjoy outdoor activities like hiking, camping, fishing, and boating in nearby Orange Park

1st Place Sports:  Has been recognized as one of the Best Running Stores in America. With more than 30 years as Jacksonville’s Running Headquarters they know what it means for a runner or walker to be in the right footwear. 1st Place Sports manages over 50 races in Jacksonville each year, including the Gate River Run, the Jacksonville Bank Marathon, the Subaru Distance Classic, and the Jacksonville Grand Prix series of races. They take the time to understand your personal running and walking style to insure that you have what you need to achieve your fitness goals. Check out their weekly group running series here.

Jacksonville Running Company: At JRC, they pride themselves on helping people improve their running experience. Whether it’s shaving a few minutes off your PR, or fnidng the best shoe that fits your running form, they are here to help. Check out their Running Club as well as their Weekly Group Runs.

JTC Running: Northeast Florida’s preeminent promoter of healthy lifestyles through running, fitness, and fellowship. Current group runs include interval workouts at the Bolles School track as well as others at various locations during the week.  JTCRunning’s newsletter “The Starting Line” and this web site have details. **There is an annual fee to join.

This race takes place in December. 26.2 miles of beauty. Large oak, magnolia and Maple trees line this very scenic and flat course. Starts and finishes at The Bolles School.

Typically in May. A great course along the Riverwalk starting and finishing at the Hyatt Hotel on Coastline Drive.

December. The course starts in San Marco from the San Marco Square. One of Jacksonville’s most scenic 5Ks! The race is at night, so the course is lit by luminaries