A Comprehensive Guide to the Best Places to Run in Johannesburg 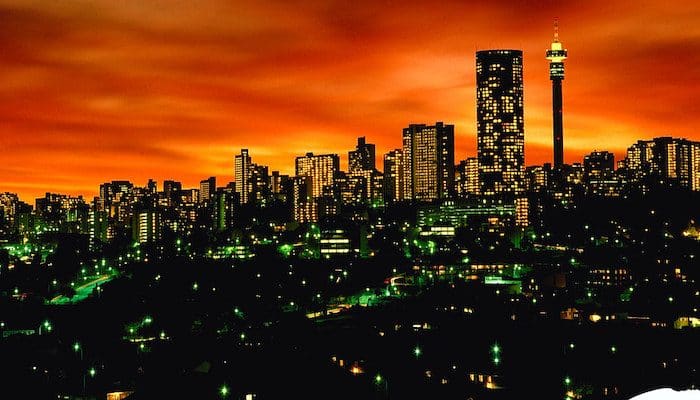 The South African city of Johannesburg, sometimes referred to colloquially as “Joburg,” “Jozi,” or “eGoli” in Zulu, is the most populous city in the country and the capital of the Gauteng province. The city harbors a complex history, not only for its tensions surrounding race and mineral wealth, but as an important archaeological site teeming with hominid fossils. Today, sprawling Johannesburg is an economic, educational, and cultural hub. Tourists visit the city for its museums and proximity to wildlife viewing parks. While running in Johannesburg can be somewhat challenging due to the city’s high traffic volume and lack of pedestrian walkways, there are some choice spots in city parks, nature reserves, affluent neighborhoods, and a few unique venues which welcome joggers.

Among best places to run in Johannesburg is the Emmarentia Dam and Botanical Gardens, which are connected to Delta Park and points north via the Braamfontein Spruit Trail. The Parkview neighborhood has nice running at Zoo Lake and the iconic Westcliff Stairs, while trail runners can go on for miles at the Kings Kloof Trail Centre, the Klipriviersberg Nature Reserve, and the PwC Bike Park. Runners can also access the Randpark Golf Club trails during non-golf hours, or explore the many paths and roads surrounding the Cradle of Humankind historic site.

Wherever you run in Johannesburg, know that getting around can be somewhat confusing, since some of our furthest routes are only accessible by car and the public transportation system leaves something to be desired. There is a Gautrain rapid rail connecting Sandton, Rosebank, Park Station, and the airport, as well as the Rea Vaya bus which links the city center to Soweto and the western suburbs. Most locals depend on an informal minibus taxi system (which comes complete with a set of secret hand signals). Tourists therefore may find Uber the best way to get around between runs.

Some of our favorite runs in Johannesburg, South Africa 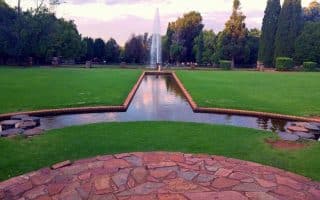 This lengthy dirt path along is pleasant itself for a run of up 20 km one-way, and also connects to a 3.5 km loop on paved paths at Emmarentia Dam/Johannesburg Botanical Gardens, and a 5k dirt loop around Delta Park.
Explore 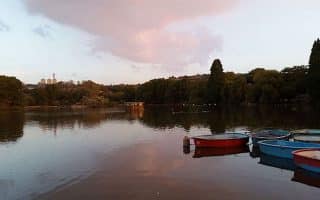 There is lovely neighborhood running in the Parkview area, especially along Westcliff Drive. Combine this great sidewalk with a loop around peaceful Zoo Lake and a jaunt up the challenging Westcliff Stairs for a unique ~8 km out and back.
Explore 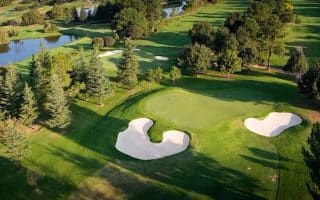 During non-golf hours, the Randpark Golf Club opens its facilities to runners, offering 3, 5, and 8 km loops. Free, secure, and open for night running (BYO lighting). There are also fitness classes on Tuesday and Thursday evenings.
Explore 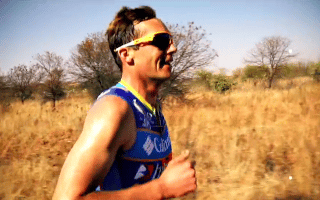 A favorite for trail running in Krugersdorp, King’s Kloof features well-marked 7, 14, 17, 20, and 22 km loops across varied terrain including jeep roads and dirt singletrack. Grab a map at the kiosk and bring plenty of water.
Explore 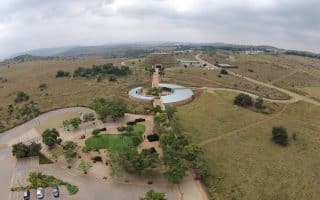 The paved and dirt trails/roads surrounding the “Cradle of Humankind,” named a UNESCO World Heritage site for the numerous hominid fossils found here, are popular with runners and cyclists. We’ve mapped a 5 km route commonly used for races.
Explore 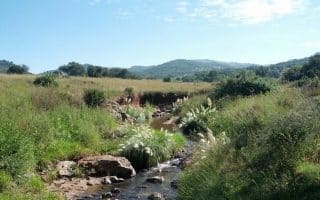 Run through the “Jewel of the South,” a 640 hectare nature reserve 10 km south of the city center. Popular running options include the 12 km Wildlife Loop and the Thaba mountain biking trails.
Explore 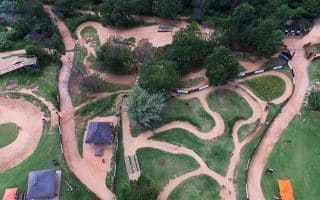 Though officially a cycling venue, the PwC Bike Park invites trail runners to explore the 13 km of dirt trails at their space in Bryanston. A day trail running pass in R20.
Explore

This lengthy dirt path along is pleasant itself for a run of up 20 km one-way, and also connects to a 3.5 km loop on paved paths at Emmarentia Dam/Johannesburg Botanical Gardens, and a 5k dirt loop around Delta Park.
Explore

There is lovely neighborhood running in the Parkview area, especially along Westcliff Drive. Combine this great sidewalk with a loop around peaceful Zoo Lake and a jaunt up the challenging Westcliff Stairs for a unique ~8 km out and back.
Explore

Johannesburg has a pleasant climate for running, with mild winters and warm summers. The southern hemisphere summer December-March, where high temperatures are in the 25-26C (77-81F) range, and nights can be coolish, around 15C (60F). Winter days are mild, around 17C (63F), but nights are cool, dropping to the 4-5C (mid-40s) range. Most of the precipitation occurs in summer — winters are quite dry. 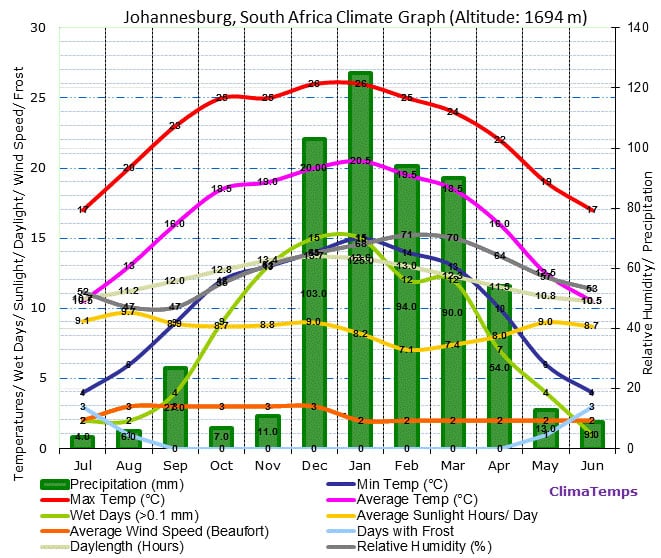 Accommodations in Johannesburg sprawl as far as the city itself, which can make it hard to choose one. Use the filters on Visit.Joburg to find your ideal lodging situation.

Some of the good to know independent running stores include The Randburg Runner, SBR Sport, and The Sweat Shop. There are also some chains like TotalSports, Footgear, and Adidas.There are numerous running groups around Johannesburg, and they’re good crews to get in with if you’re looking for company and motivation.

The Wanderers Club, which meets Thursday at 5 pm and Sunday at 7 am, and The Pirates Club, which holds Tuesday night time trails at 5:45, are two of the most popular.

The Rand Athletic Club meets Tuesdays at 5:45, The Morningside Runners run Wednesdays at 5:45, and members of the Johannesburg Country Club tour the private trails at Auckland Park on Tuesday and Woodmead on Wednesday.

Old Parktonian Association Sports Club  On Tuesday and Thursday evenings, runners get together for a 4.5 km (2.7 mi) to 8 km (5 mi) race. The bi-weekly event is completely free and runners are given times when completing the course. Markers guide you along the route, and it’s a great way to get to know like-minded runners.

For those who can’t dish out the funds to join a country club, run with the Delta Park Parkrun for a free 5 km at 8 am on Saturdays.

You’ll find lots of races in Johannesburg. In fact, many of the locations listed in our guide are home to various running series. Find a list of upcoming races here.