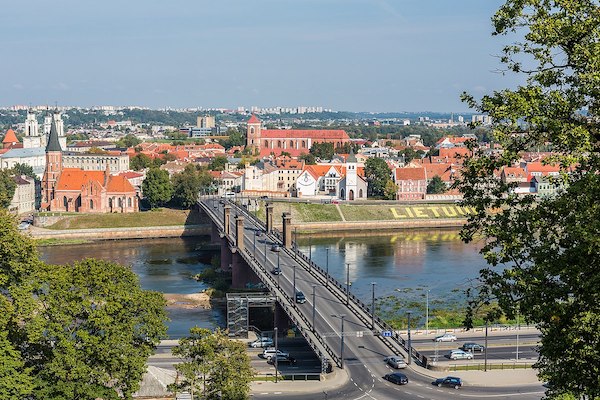 Kaunas is the second largest city in Lithuania, with a population of 300,000. It’s located at the confluence of the Nemunas and Neris rivers and is an important centre of Lithuanian economic, academic, and cultural life. There’s a nice variety of running in Kaunas, with river paths, lovely parks, and large forested areas near the city centre. Our running options include the longest street in Europe and the largest urban stand of mature oaks in Europe!

In central Kaunas, there are three routes that can be mixed & matched: a 10k ‘runseeing‘ tour that includes Old Town, the Castle area, and Nemunas Island; several lovely parks, anchored by Oak-Wood Park; and paths along the Nemunas River. Some of the best places to run in Kaunas are also east of town, in the area of the Kaunas Lagoon, Pinewood Park, and paths around the Open-Air Museum of Lithuania.

Runners should be prepared for winter running weather in Kaunas, with chilly, overcast winters, with snow, ice, and shorter days. The city has an extensive trolleybus and bus system for getting around.

Some of our favorite runs in Kaunas, Lithuania 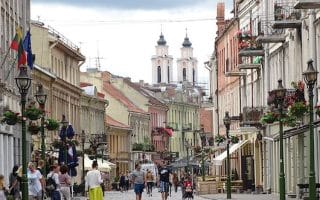 A terrific 10k 'runseeing' tour of Kaunas, hitting the major highlights: historic centre including the longest street in Europe; Confluence Park; Castle, Nemunas Island. It's scenic and nearly all on pedestrianized streets/paths.
Explore

A scenic run through several parks in central Kaunas, highlighted by the famous Kaukas Stairs, and Oak-Wood Park (Ąžuolyno parkas), which boasts the largest urban stand of mature oaks in Europe.
Explore 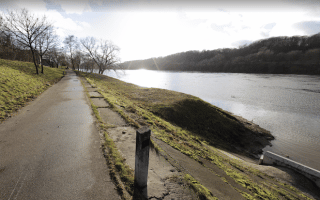 The best river running option accessible from central Kaunas. A paved multi-use path runs along the right bank of the Nemunas River for up to 7 km, from the Great Bridge to the Bridge of Panemunė. Lovely river views nearly the whole way.
Explore 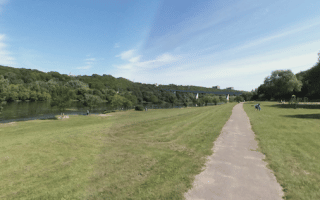 A nice running option in southeastern Kaunas combining a path along the Nemunas River with paths in Panemunė Pinewood Park, a large pine-forested park. Can be combined with our Right Bank Nemunas River route.
Explore 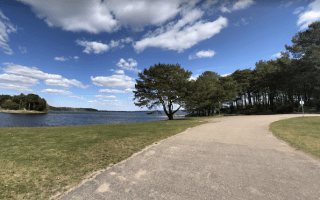 In the eastern part of Kaunas, this is a nice run in a waterfront park in the area the Kaunas Lagoon and the Pažaislis Monastery. 4-5 km of waterside & forested paths. Views of the water & the Chernobyl Movie Bridge!
Explore 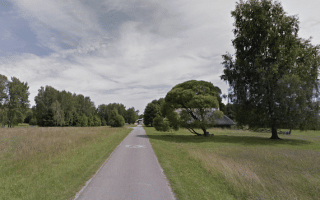 Paths Around the Open Air Museum of Lithuania

A pleasant run on the 7-8 km of paths around the Open-Air Museum of Lithuania, located on the eastern shores of Kaunas Lagoon. It's a popular walking area, with open, park-like terrain.
Explore

A terrific 10k 'runseeing' tour of Kaunas, hitting the major highlights: historic centre including the longest street in Europe; Confluence Park; Castle, Nemunas Island. It's scenic and nearly all on pedestrianized streets/paths.
Explore

Kaunas has a humid continental climate with mild summers and chilly winters. Note the winter days are short and the summer days are delightfully long!

There’s a great selection of accommodations in the city centre, which provides easy access to the three best places to run in Kaunas.

The Kaunas Marathon is one of the major running events in Lithuania.