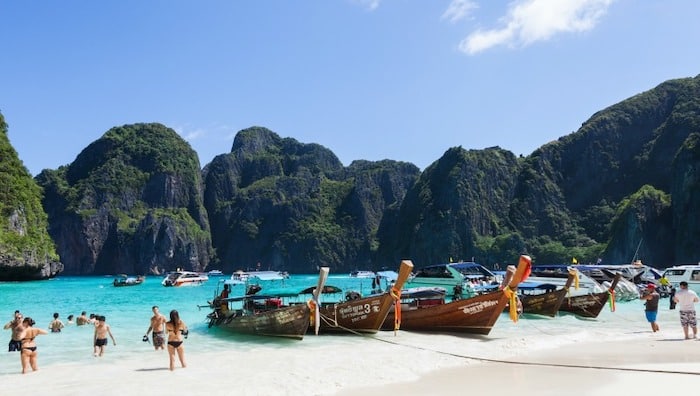 Koh Samui is Thailand’s second largest island after Phuket. Popular for its beaches, the island, generally shortened to Samui, is visited by nearly 3 million tourists each year. The interior of Koh Samui is dense, hilly jungle. It’s 25 km wide at its widest point, and is served by the 51 km Route 4169 road around the island. The running on Koh Samui is best on its lovely, white sand beaches. The interior roads can be rough, sandy, and lack sidewalks.

The best beaches for running on Koh Samui are Chaweng, Bo Phut, Maenam, and Lamai. In the commercial epicenter of Chaweng, we’ve put together a couple of road running options — not scenic, but runnable. There’s also nice running in Nathon on the northwest coast, with its waterfront road, piers, and scenic beach. For a rugged trail run with the reward of a waterfall & swimming hole, head to the the Hin Lad Waterfall Path.

Two notes for runners. The weather is hot and humid year-round. Temps rarely drop below 24C. Also, many of the roads lack a sidewalk/shoulder. The interior dirt roads can be soft sand.

Some of our favorite runs in Koh Samui, Thailand 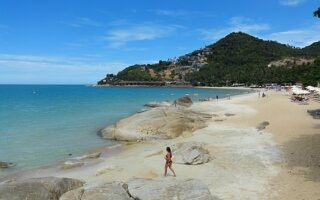 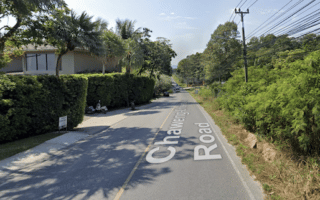 Not scenic or peaceful, but the best bet for a road run in the popular Chaweng and Choeng Mon areas. There are sidewalks most of the way. 8.7 and 6 mile loop options.
Explore 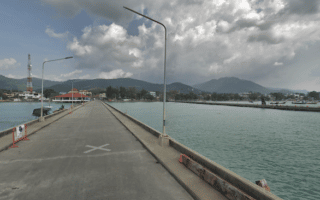 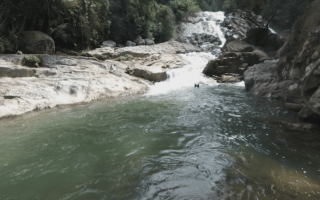 A run with the payoff of a jungle waterfall & swimming hole. It's 2.5 km out and back along this rugged, hilly jungle trail to the Hin Lad Waterfall. Can also run on the 4172 road that leads to the waterfall path.
Explore

Koh Samui has a tropical savanna climate. It is hot and humid year-round, with daytime temperatures consistently in the 29-32C (85-90F) and nights a sultry 24-26C (75-80F). Rainfall is ample, with 1960mm (177 inches) annually. October and November can be monsoonal, and the winter months are somewhat drier. 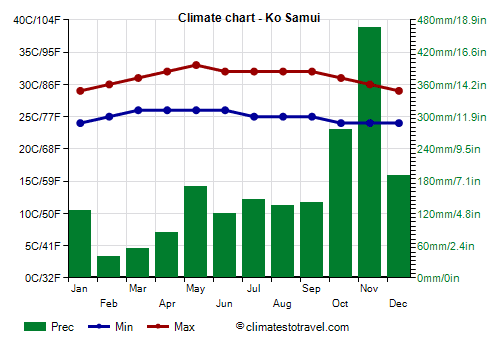