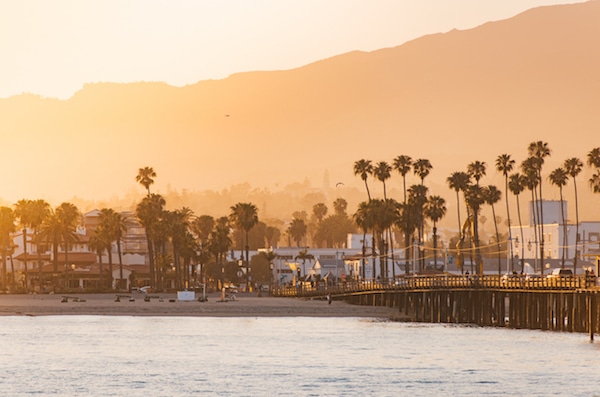 Santa Barbara has all the reasons we love California: mountains, beaches, vineyards, a cultured urban center with a strong running community… and great weather. This coastal city just 2 hours north of Los Angeles (reachable by train!), also known as the “American Riviera,” offers spectacular scenery. Our guide to running in Santa Barbara includes beach runs, bike paths, central routes through downtown and the UC Santa Barbara campus, and hilly roads through farm fields and vineyards. We also have several routes north on the central coast, between Santa Barbara and Big Sur.

Running highlights include extensive paths along the waterfront from Shoreline Park to East Beach, ocean/beach-centric routes to the north around the UC Santa Barbara Campus and the Goleta area, as well as to the south in Carpinteria. For hill lovers, there are great trail running options in Gould Park, Rattlesnake Canyon, and Romero Canyon. For great homes, run in the windy, hilly streets of the Hope Ranch neighborhood. Note that although the waterfront area is flat, it’s very hilly just east of the city.

With an excellent, all-electric bus fleet, Santa Barbara is an easy city to navigate car-free (see santabarbaracarfree.com), though trail runners should know that some trailheads are significantly outside the city and are not accessible by public transportation. Otherwise, stick close to town and enjoy access to Santa Barbara’s historic sites, shopping centers, wineries, and of course — fish tacos.

Some of our favorite runs in Santa Barbara, CA 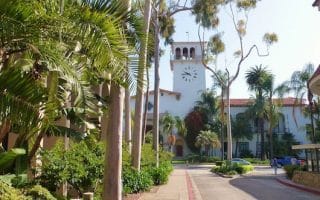 Historic / Tourist | Runseeing
A pleasant 'runseeing' tour of historic downtown Santa Barbara. We've mapped 2.5 miles from the Mission to the Waterfront, using State St. as an anchor, as well as a map of some of Santa Barbara's historic sites and buildings.
Explore 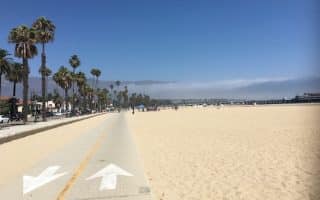 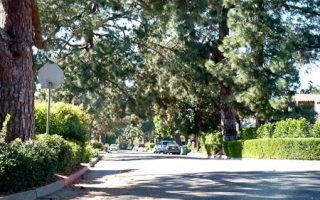 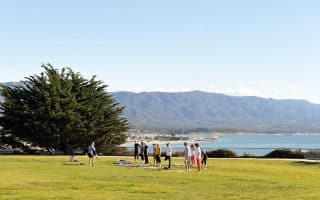 Along the Water | By the Beach | Parks
The route of a popular 5k event in Santa Barbara, along a great section in a central location, highlighting Shoreline Park, and Leadbetter Beach, just north of the Harbor. Join Nite Moves on Wednesdays in summer if you're in town!
Explore 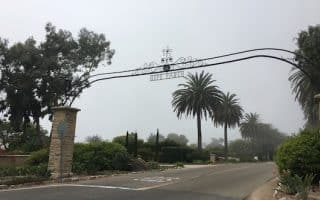 Gorgeous Residential | Fantastic Neighborhoods
A pleasant, shaded run in one of Santa Barbara's toniest neighborhoods. Lovely homes and beautifully landscaped streets. It's about 5 miles from Highway 101 to the shore along Las Palmas Dr. and Marine Dr.
Explore 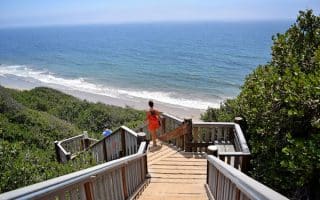 By the Beach | Great Beach Runs
For an iconic run along a long stretch of beach, look no further than Arroyo Burro Beach County Park — more commonly known as Hendry’s Beach. Feel like California’s Rocky Balboa while sprinting up the steep steps that connect the beach to the return path.
Explore 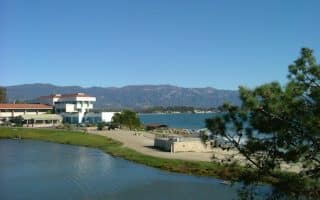 Iconic | Universities
Few college campuses rival UC Santa Barbara in beauty. Follow this loop around the paved lagoon path, with views of the university, and out to Del Playa Bluffs which cruises the cliffs lining the Pacific Ocean.
Explore 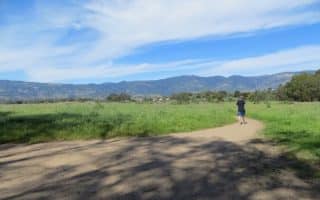 By the Beach | Parks | Trail Running
Run through stands of scented eucalyptus trees with gorgeous views of the volcanic Channel Islands on this nearly 3 mile loop of coastal Goleta. Beach is a good option, and for a longer run add the Obern Trail Bike Path.
Explore 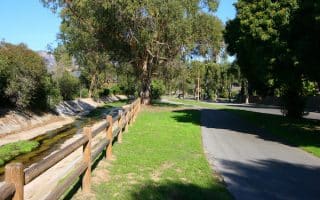 Multi-Use Trails | Rails-to-Trails
A popular bike path offering a 21-mile loop, much of it along the water. We've mapped a 4 mile one-way route that includes Goleta Beach Park and a great section along Atascadero Creek.
Explore 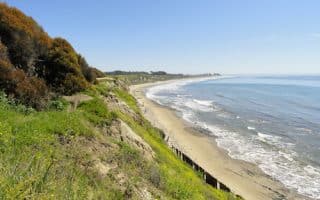 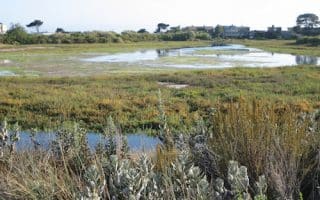 By the Beach | Great Views | Trail Running
Enjoyable trail through marshlands with a a bridge crossing and a fun little stone labyrinth. Can combine with a jaunt down to Sandy Point, and/or the trails of Carpinteria Nature Bluffs Preserve, which has 1 mile of trails overlooking the ocean.
Explore 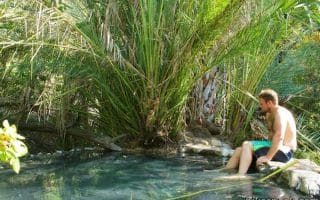 Hilly | Trail Running
Gould Park is 7 miles north of Santa Barbara and has some great trails for running. We've mapped out a rewarding 2 mile run along a paved path to a the Hot Spring, and a more challenging 2 mile Cold Spring Trail Loop.
Explore 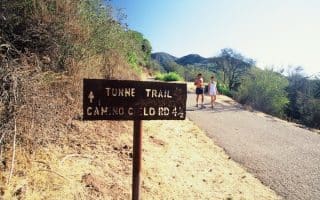 Hilly | Trail Running
A challenging trail run into Rattlesnake Canyon Park. We've mapped a 6-mile loop that twists and turns, offering a good introduction to the Santa Ynez Mountains. Enjoy the Botanical Gardens as part of the run.
Explore 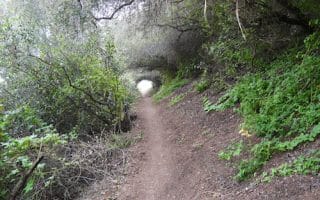 Hilly | Trail Running
Lush groves of oaks and sycamores, valley views, and a series of climbs and drops in the mountains above the Summerland neighborhood. The trails can be spliced together for a killer 9+ mile run, but we’ve mapped a more manageable 5.5 mile loop.
Explore

Iconic | Universities
Few college campuses rival UC Santa Barbara in beauty. Follow this loop around the paved lagoon path, with views of the university, and out to Del Playa Bluffs which cruises the cliffs lining the Pacific Ocean.
Explore If you were choose a city with the best weather for running, Santa Barbara would be on the list. Winters are mild, with average highs in the 60s (18C) and cool nights. You’ll need a layer for night or early morning runs. Summers are warm but not hot, with average high temps around 75F (24C), and nights that cool down do around 60 (16C). It’s not particularly humid. Lioke many California coastal cities, rain is nearly nonexistent from May through October. There can be plentiful rain in the winter months, but there is quite a bit of variation by season.  Not also that temperatures can be warmer in the canyons, as you’re away from the coast.

One additional weather factor in Santa Barbara is fog. There can be foggy days, where it takes awhile to burn off.

A great resource for where to stay in Santa Barbara is visitsantabarbaraca.com. There’s a good selection of places to stay in Santa Barbara, from business type hotels and  boutique spots to inns and B&Bs. For easy access to the best running, try to stay inside the highway (Rt. 1/101), which will get you close to the Harbor and great coastal running routes.

The downtown area is quite large. If you’re staying mid-downtown, it’s 1-2 miles down to the water for running. There is decent running downtown, with wide streets and and wide sidewalks, laid out in a grid pattern and so easy to navigate.

Pier to Peak. The “world’s toughest half marathon”,  takes you from the famous Santa Barbara Friendship Dolphins Fountain at the edge of Stearns Wharf, past the “Queen of the Missions” and on up an elevation of 3996 feet to the Majestic views at La Cumbre Peak.

Thanksgiving Four Miler. Has been going for 21 years. In Goleta area.