The Best Places to Run in the Stowe Area, Including Waterbury, Morrisville, Morristown 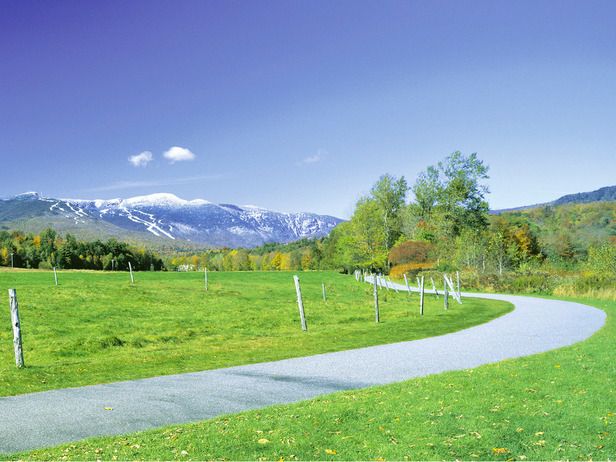 Stowe is the Ski Capital of the East. Mount Mansfield is the origin of some of the country’s first downhill ski trails and lifts. The mountain retains its history, with steep, challenging terrain and an incredible network of back-country opportunities. Stowe is also an increasingly popular summer destination, and also very popular in autumn, when thousands of folks enjoy Stowe’s gorgeous colors and hills. Stowe Village is a picture perfect New England town center, with a Main Street lined with shops and restaurants. As a recreational mecca, there are also excellent options for running in Stowe. The area is also growing center for mountain biking. It’s home to a ski academy, hockey academy, and world class indoor swimming and recreational facility, The Swimming Hole.

Some the best options for running in Stowe include the 5-mile Stowe Recreation Path, plus some quieter road running options off Rt. 100/108. Another great multi-use trail is the Lamoille Valley Rail Trail between Morrisville and Cambridge. We’ve also mapped some pretty routes along the area’s back roads, which boast mountain views, farms, and fields, and are especially pretty in fall. There’s a huge variety of trail running, the most accessible being the network at Trapp Family Lodge. And for those who like hills, there are great options. In general, we would avoid running on Rt. 100 between Waterbury and Stowe (busy, poor shoulder), or along Rt. 108 between Stowe Village and the Mountain. Use the recreation path, which  parallels Rt. 108.

Runners should be aware of Stowe’s weather. Winters are very cold and trails used for running in summer are used for X-C skiing in winter. Bring your Yak-Traks!. Summers are pleasant and sunny, and rarely too hot.

Some of our favorite runs in Stowe, VT 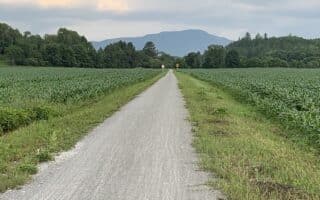 A recently developed multi-use path that runs between Morrisville and Cambridge. The trail quite flat, with a smooth gravel surface. There are wonderful mountain views along the trail, with terrain alternating between woods and open farm fields.
Explore 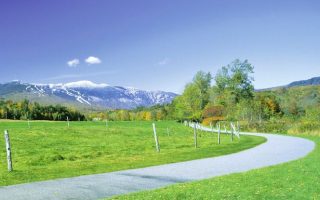 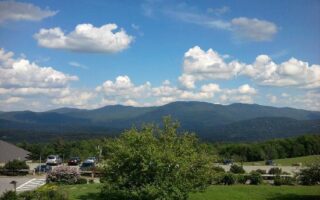 Fantastic trail running for all abilities with gorgeous mountain views. The Trapp Famiy Lodge is a famous Vermont landmark, owned by the Trapp family of Sound and Music fame.
Explore 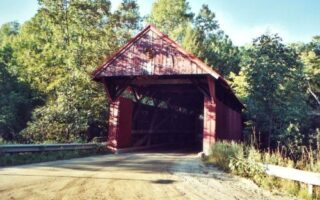 A wonderful, but hilly 10-mile run along mainly back roads. Gorgeous mountain views. The highlight is the red covered bridge off Sterling Valley Rd.
Explore

A great 10k back road run. Especially pretty in autumn, as it starts at 750 feet in elevation so there are great views to the mountains and valleys as you pass farms and fields.
Explore 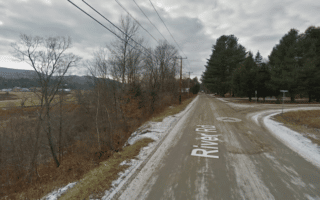 Running from Stowe to the village of Moscow is a great opportunity to get some flat, continuous road running on a quieter road paralleling Rt. 100. We've mapped a 4.5 mile out and back route and a 6.8 mile loop option including Stowe Hollow.
Explore 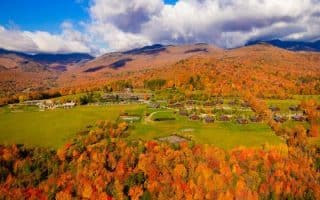 The Trapp Famiy Lodge is a famous Vermont landmark, owned by the Trapp family of Sound and Music fame. The lodge is set about 1,000 feet up, with mountain views. In summer and fall, fantastic trail running for all abilities.
Explore 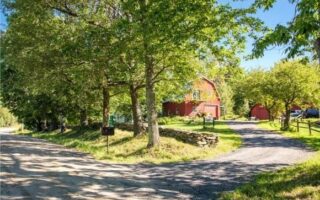 Stowe Hollow is one of the more exclusive residential sections of Stowe. Hilly dirt roads take you by large country estates. This is a good area for running if you like hills and dirt roads. We've put together loops of 4 miles and 7 miles.
Explore

If you would like a true challenge and want to literally run up (or down) Mount Mansfield, this is a unique opportunity. A toll road runs up the mountain, climbing 2,540 vertical feet over 4.3 miles, with steep grades. See restrictions.
Explore 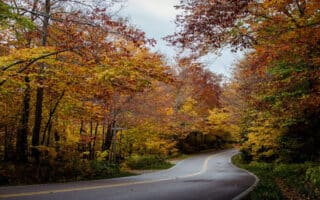 The Notch road can be too narrow and steep for running in summer, but it's a good spot when closed to cars from November to May, and popular with winter runners. The first 1.5 miles to Bingham Falls aren't too steep. After that, different story.
Explore

Runners should be aware of the Stowe area’s four-season climate. Summers are warm and gorgeous, with average high temps in the 70s and cool nights. You might need a layer even in July! Autumn is also signature running weather, with peak foliage typically in the first two weeks of October. Winters are cold and snowy. There can be snow on the ground from November through April, with an average of about 150 inches annually in the village and 300+ on the mountain. Temperatures stay well below freezing for weeks on end, with average January highs of 17 and lows near zero. If running in winter, be prepared with winter running clothing and grippers for the feet.

Lots of accommodations options in the area!