See Also Our Running Guides for Nearby Seattle and Olympia 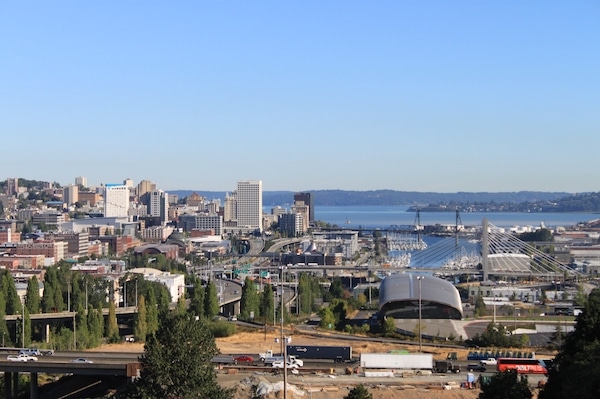 Tacoma is a port city located along Puget Sound. The third largest city in Washington, Tacoma has become almost a suburb of Seattle, located just 30 miles away. There are some decent options for running in Tacoma, with many routes providing views of Mt. Rainier.

If downtown, we recommend a run combining the revitalized Thea Foss Way and Wright Park. The best place to run in Tacoma is the combination of Ruston Way and Point Defiance Park. In the western part of Tacoma, the Scott Pierson Trail heads over the Tacoma Narrows Bridge. where there’s also some nice running in Gig Harbor. South of the city, there are some nice routes in the Chambers Bay area. In the eastern suburbs, the running highlight is the Foothills National Recreation Trail, a paved path heading east for up to 21 miles along the Puyallup River and White River. For trail running, Route 16 Walk & Run shop has a good list of options.

Some of our favorite runs in Tacoma, WA

One of the most scenic runs in Tacoma. A paved path runs for 3.6 miles from Jack... more... 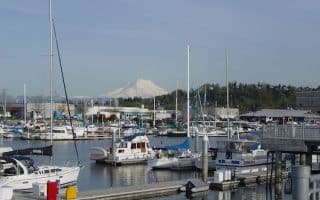 The Thea Foss Waterway is the best bet for running in downtown Tacoma. It's the finger of harbor that lines eastern Tacoma. Run on sidewalks and a concrete walkway around the marina for ~1.7 miles. Combine with Wright Park, a lovely arboretum/botanical garden.
Explore 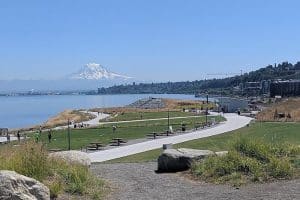 One of the most scenic runs in Tacoma. A paved path runs for 3.6 miles from Jack Hyde Park in Old Tacoma north to Dune Park. Great views of Commencement Bay & Mt. Rainier. Combine with Point Defiance Park for a longer run!
Explore 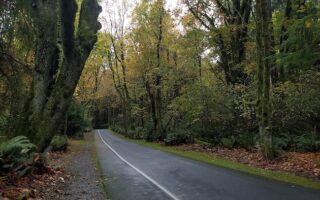 The Point Defiance Peninsula is one of the most scenic running spots in Tacoma. Water views, dense forests, and a nice selection of roads & paths. Most popular are the Five Mile Drive Road loop and Owen Beach path. Can combine with Ruston Way.
Explore 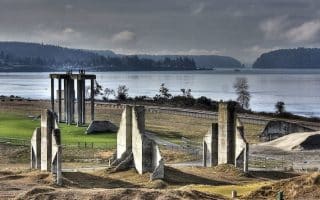 Chambers Bay is a large green space on the western end of the Tacoma peninsula. There's a nice running loop around the golf course and additional trails at the southern end of the park.
Explore 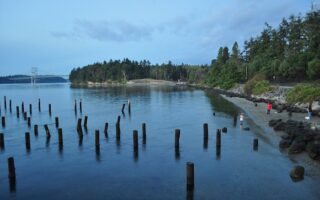 The Scott Pierson Trail is a popular multi-use path in western Tacoma. Among the highlights is the path along the Tacoma Narrows Bridge. Combine with scenic trail along Titlow Beach at Titlow Park.
Explore 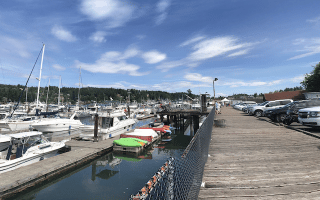 The “Maritime City” has lots of cute homes, shops, and waterfront views. Good running for 2 miles on Harborview Drive, in the nearby residential area, and the 2.7-mile Cushman Poweline Trail.
Explore 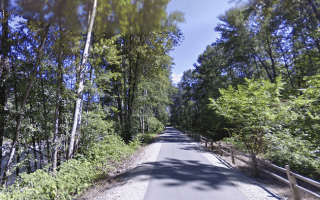 A worth-it spot for a destination run. Located in Tacoma's eastern suburbs, the paved multi-use path follows along the Puyallup River and White River for 21 miles, with intermittent river views and some glimpses of towering Mt. Rainier.
Explore

One of the most scenic runs in Tacoma. A paved path runs for 3.6 miles from Jack Hyde Park in Old Tacoma north to Dune Park. Great views of Commencement Bay & Mt. Rainier. Combine with Point Defiance Park for a longer run!
Explore

Tacoma’s weather is very much like that of Seattle. The good news is that it’s temperate, rarely falling below freezing. The bad news: it can rain, or ‘mist’ for days on end, especially in winter. So pack wet weather running gear. Summers can be gorgeous, with some long stretches of dry weather. It never gets overly hot.

If in one of the downtown hotels, the best run is Thea Foss Way/Wright Park. Even better is to stay closer to Ruston Way, which also provides access to Point Defiance Park.