The best places to run in Taos. See Also Our Guide to Santa Fe 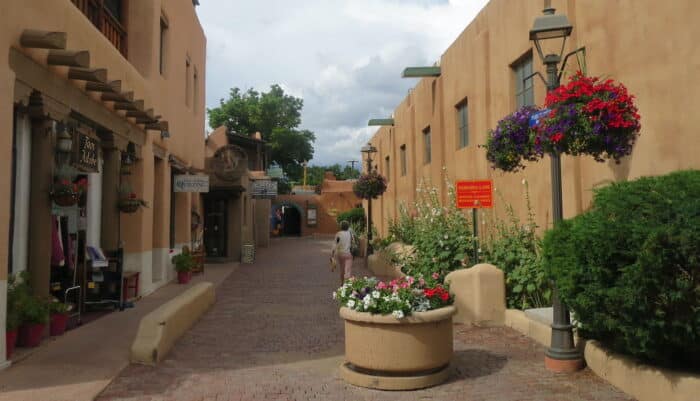 Taos is a popular skiing and outdoor recreation town located in the Sangre de Cristo mountains of northern New Mexico. It’s named for the Taos Pueblo (an ancient trading post) and its Native American occupants. Today, arts and recreation tourism is the primary driver of the economy. It’s no surprise that there is great running in Taos, although the scene is weighted heavily towards trail running.

There is some running in Taos center (including Taos Plaza and a run to Taos Pueblo), but most of our routes fall elsewhere. The Rio Grande del Norte National Monument is chock-full of great running trails, but the Taos Ski Valley and Northside Park are also good options. If you’re staying closer to Angel Fire, the Angel Fire Greenbelt trails are also a good bet.

Most visitors will want to bring or rent a car to enjoy Taos’ many recreation areas. If that’s not an option, the NCRTD bus system may be able to get you where you’re going. Keep in mind that most Taos roads don’t have great shoulders, so use caution when running or cycling.

Some of our favorite runs in Taos, NM 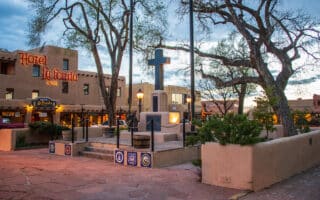 Historic / Tourist
Check out historic downtown Taos on this tour through the plaza and Kit Carson Park. It’s a loop of only 1.5 miles, but it’s pleasant enough for a quick tour or some laps.
Explore 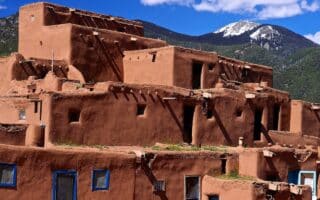 Great Views | Historic / Tourist | Iconic
Take a scenic route to visit Taos Pueblo (a UNESCO World Heritage site just north of Taos) on this ~4 mile out and back. Great views of the surrounding mountains!
Explore 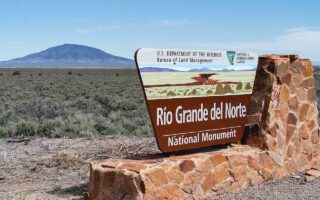 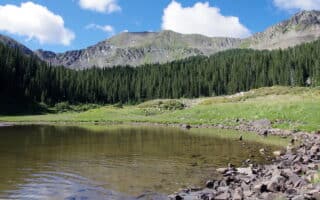 Great Views | Hilly | Trail Running
Staying near Taos Ski Valley? Our best running picks are the Williams Lake Trail and the trail running park at Northside at Taos Ski Valley, where there are miles of well-maintained, well-signed intermediate and expert trails.
Explore 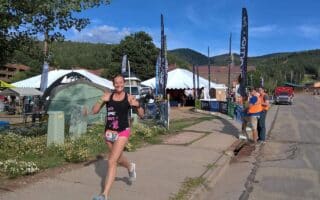 Great Views | Trail Running
Anyone staying near or visiting Angel Fire will benefit from the Angel Fire Greenbelt trails that circle the town. We’ve mapped an easy 3.5 mile loop. There are options for more challenging trail running in the area.
Explore

Great Views | Historic / Tourist | Iconic
Take a scenic route to visit Taos Pueblo (a UNESCO World Heritage site just north of Taos) on this ~4 mile out and back. Great views of the surrounding mountains!
Explore 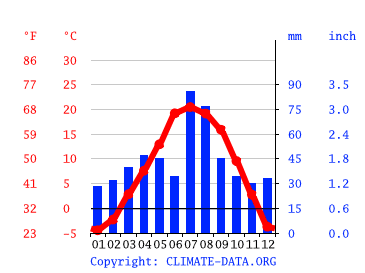 Most folks like to stay downtown near the plaza, but if you’re visiting any of the recreation areas outside of the city, there’s a wide variety of hotels, lodges, and even camping options. See Visit Taos for more lodging info.

There’s no shortage of running events in Taos! The Taos Ski Valley Up & Over 10k Trail Run is popular, as is the Bull the Woods Trail Race.