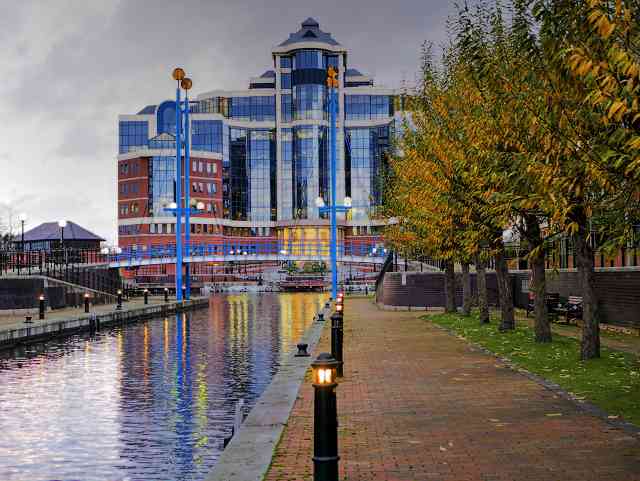 This is a short but interesting run that can be standalone or combined with some nearby routes. The Salford Quays are Manchester’s Old Harbor which, after years of deterioration, was shut down in 1982 and then rejuvenated as office, retail, and residential space in the decades since. There are pleasant waterside paths around the Quays, looping around three ‘basins’ and North Bay/Central Bay/South Bay. A run around the perimeter path is nearly 4k, incorporating two pedestrian bridges connecting to the River Irwell.

For a longer run, two good options: Paths along the River Irwell and the Rochdale Canal path; and the paths of Ordsall Park, which is just east of Trafford Rd.

It's possible to see many of Manchester's important sights in a 3-4 mile tour of the older... more...