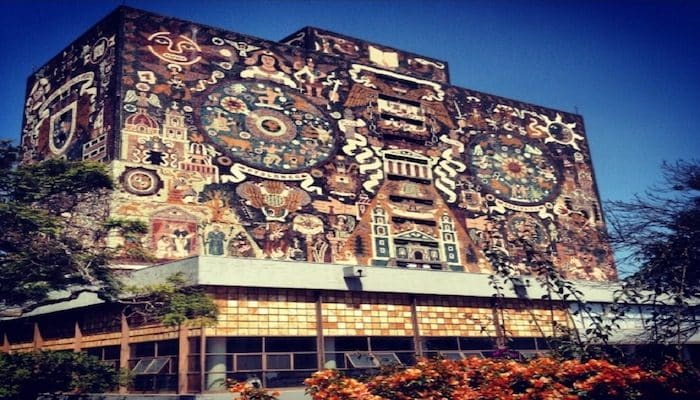 Begin at the Miguel Angel de Quevedo Metro Station, and head north (towards the traffic circle). Take a left turn on Arenal, up to the Jardin de La Bombilla and the Monumento al General Alvaro Obregon. Continue on Avenida de la Paz, known for its numerous of trendy eateries. This will cross Avenida Revolución where you could take a left and enter the Museo del Carmen, a former monastery that boasts an exquisite gilded altarpiece in the first-floor chapel, if you need a break.

If not, continue on Amargura street until you can take a left to the Plaza de San Jacinto. In this part of town there are numerous attractions, including a magnificent baroque fountain made of broken pieces of porcelain at the Centro Cultural Isidro Fabela, better known as the Casa del Risco (Plaza San Jacinto 15), the ethereal Iglesia San Jacinto, a 16th-century church with an exquisite baroque altar, and most importantly the Plaza San Jacinto. If you time your run on a Saturday, you must stop to check out the renowned Bazar del Sábado (Saturday Bazaar) in this Plaza. It is full of artistic and antique treasures and surrounded by excellent restaurants and cantinas.

Finally, head south on Arteaga towards the National Autonomous University of Mexico (UNAM) Campus. Visit the 1968 Olympic Stadium (Estadio Olimpico Universitario) and admire the Diego Rivera mural, located in the adjoining part with Insurgentes Sur, entitled “The University Family and sport in Mexico”. Continue to the Central Library (UNAM Biblioteca Central) of UNAM, to appreciate the iconic murals by Juan O’Gorman. Finally, continue to Avenida Universidad to return to the Metro Station.