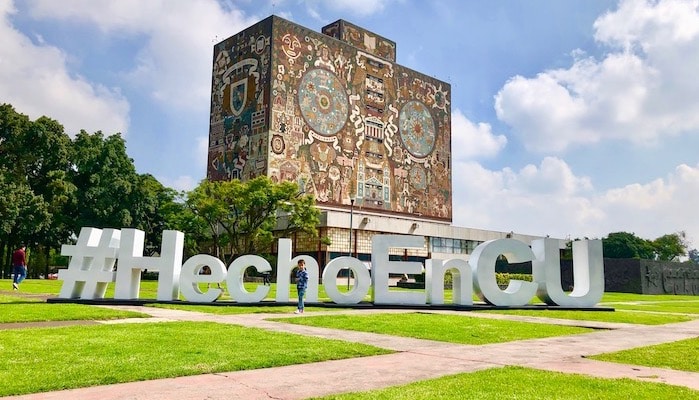 UNAM is the largest university in Latin America, and boasts one of the largest campuses in the world. This public campus, and the surrounding “University City,” make for a great run where visitors can explore a variety of architecture and world-class murals by the likes of Diego Rivera. The campus is so special, in fact, that in 2007 it was named a UNESCO World Heritage Site. It’s a fun place just to explore and create a DIY run, but we’ve mapped a 12 km loop around University City that highlights some of the possibilities.

It’s great to combine this run with the adjacent Estadio Olímpico Universitario, built in 1952, used for the 1968 Summer Olympics, and now a popular football venue, featuring a mural by Diego Rivera. There are some paths there, and a nearby running track and Olympic Pool.

Add-Ons: Explore additional paths around the campus. There’s also a running track near the Olympic Pool.