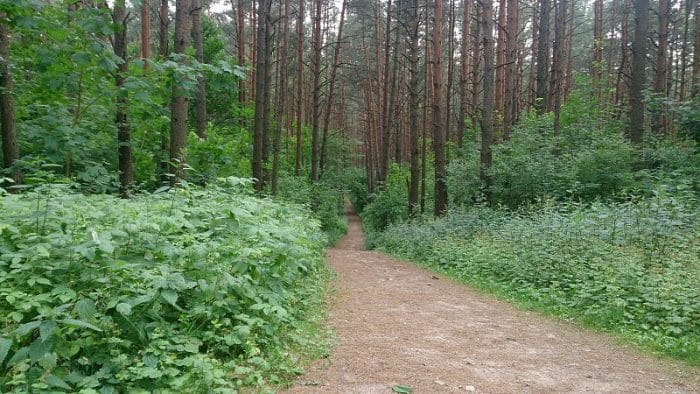 About 10 km Along the M9 in the northern reaches of Minsk, the Zialiony Luh Forest Park is a good spot for some trail running near the city. Several single track dirt paths wind through this lush, shady forest. The park is bisected into two halves by the M9 (the Minsk Beltway), but an underpass in front of the Minsk City Cadet School connects both ends. Depending on the route taken, there are loops of up to 9 km, with lots of options for extending or shortening the route.

Add-Ons: Polacki Park, just to the south, has a couple of km of additional paths that are pleasant for running.

The most popular park for running in Minsk. We’ve mapped a 7 km loop around the perimeter... more...