No Thanks
Port Elizabeth, South Africa 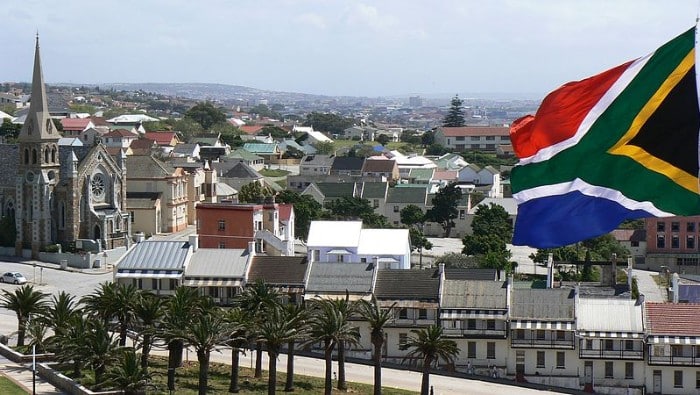 Due to the traffic volume and lack of sidewalks in Port Elizabeth, most locals prefer trail running and off-road routes like the Port Elizabeth waterfront. However, if you’re dead-set on a pavement run, there are a few good options around the city.

Park Drive Loop: In the immediate downtown area of Port Elizabeth, Park Drive is a good option for a 2 km circuit around the city’s central green space and some landmarks including tennis and cricket clubs, and the Mandela Museum of Art. Add with a jaunt up to the St. Georges Park Conservatory. Runners can do laps, or extend the route by popping over to the Settlers Park Nature Reserve, sightseeing around the Donkin Lighthouse (via Bird Street/Athol Fugard Terrace), connecting to Mill Park (via Hallack Road), or adding on the Lower Guinea Fowl Trail (via How Ave). ROUTE MAP: Park Drive Loop.

Marine Drive: Our top pick for road running in Port Elizabeth is Marine Drive, a 23 km stretch of road hugging the coastline from Humewood to Sardinia Bay. There are sidewalks along the road towards the north end, which then devolve to a wide shoulder as you run south. The road turns inland for 5.5 km as it passes through Nelson Mandela University, then runs along the coast again. Note: very little shoulder on the section starting in the university and heading south, but traffic is fairly light and the oceanfront views are great. ROUTE MAP.

Admiralty Way: The centerpiece of running in the Summerstrand neighborhood is Admiralty Way, which is lined by a nice asphalt sidewalk/bike path. From east to west, the path is about 3 km, but it’s easy to continue along Marine Drive, the Port Elizabeth Waterfront, or any of the other residential streets of Summerstrand. ROUTE MAP.

Mill Park: More great Port Elizabeth neighborhood running can be found in Mill Park, an upscale residential area to the southwest of downtown. There are some sidewalks in this area, but almost any street is fair game since traffic is mostly limited to local residents. We’ve mapped a 5.5 km loop around the golf course. Take a loop around the golf course, or explore some of the tree-lined streets north and west of the Baakans Valley/William Moffett Expressway. At the east end, there are some nice trails in the Settlers Park Nature Reserve. ROUTE MAP: Golf Course Loop.

Buffelsfontein Road: Another popular training spot for local running clubs in the Buffelsfontein Road, the section of M9 between Greenshields Park and Mount Pleasant. Most of the road has a good sidewalk which reaches about 5 km (one way) through residential areas and shopping centers. Just keep in mind there are a few busy road crossings, but traffic is light on weekends. ROUTE MAP.

Seaview Road: The western extension of Buffelsfontein Road, Seaview has no sidewalks, but there is a decent shoulder for the first 10 km, and some nice rolling views of the countryside. The road is just as pretty as it travels along the waterfront in the village of Seaview and heads north to Greenbushes AH, but it’s much safer to run this section on weekends to avoid traffic. ROUTE MAP.

Cape Road: Cape Road is a bit more commercial than some of the other road running options in Port Elizabeth, but distance runners seem to like this stretch for its length and proximity to the main part of the city. It’s 10 km long from Kabega east to central Port Elizabeth, and there are sidewalks most of the way. Heading west from Kabega, there is a good shoulder and light traffic all the way to St. Albans. ROUTE MAP.

Villiers Road: This residential strip through the Walmer area lacks a sidewalk, but it’s a safe and quiet stretch for a neighborhood run. It’s about 5.5 km (one way) between 1st Ave and 16th Ave, but most of the surrounding neighborhood streets make nice additions. ROUTE MAP.

The boardwalk from Summerstrand to Kings Beach is the finest waterfront run in Port Elizabeth, totaling 4... more...