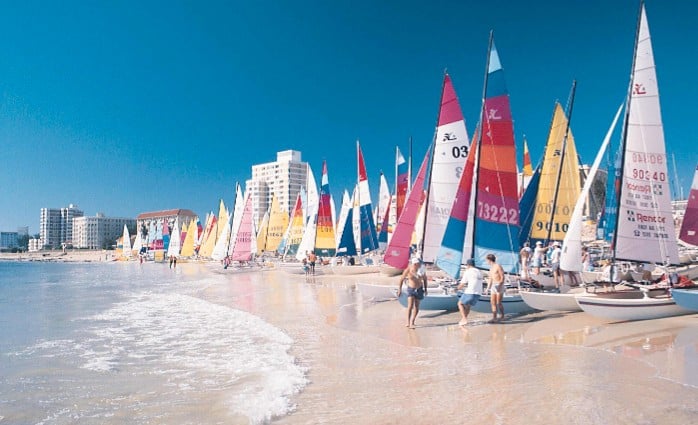 Port Elizabeth is the main city of South Africa’s Nelson Mandela Bay in the Eastern Cape Province. Known as “The Friendly City,” this major seaport is known for its great weather, beaches, and as a gateway for big game and safari tourism. It’s also the hub of the Eastern Cape’s economy, boasting some of the top investment, manufacturing, and automotive businesses in the country. Thanks to its waterfront location and proximity to many nature parks, there are many places to run in Port Elizabeth.

The top running route in Port Elizabeth is the waterfront boardwalk/promenade stretching from Summerstrand to King’s Beach. To the south, we’ve mapped a route to Cape Recife. We also point to some of the best road running streets and neighborhoods, and a number of runnable parks/trails, including the Sacramento Trail, the Lower Guinea Fowl Trail, the Aloe Trail, A good destination spot for a run is Van Staden’s Wildflower Reserve, 40 km west of Port Elizabeth. If you’re looking for some friendly competition on your run, try any of the four Parkrun routes for a free 5 km.

Most visitors arrive to Port Elizabeth via the airport or train station, but once here, getting around is pretty straightforward. The recently updated public bus system is easy to navigate, but taxis remain the most popular form of tourist transportation.

Some of our favorite runs in Port Elizabeth, South Africa

The boardwalk from Summerstrand to Kings Beach is the finest waterfront run in Port Elizabeth, totaling 4... more... 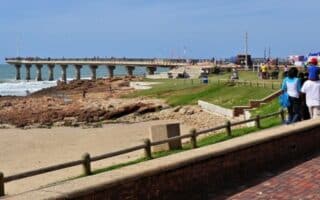 Along the Water | By the Beach | Iconic | Seaside Promenades
The boardwalk from Summerstrand to Kings Beach is the finest waterfront run in Port Elizabeth, totaling 4 km out and back along the beach.
Explore 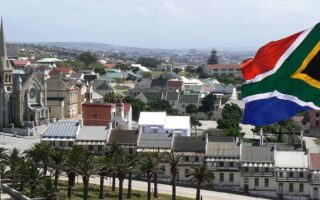 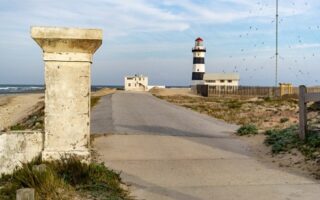 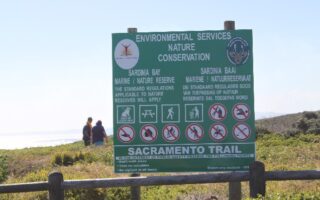 Along the Water | By the Beach | Trail Running
The Sacramento Trail is a lovely 8 km round-trip coastal run just to the south of Port Elizabeth, along the Sardinia Bay. This trail climbs over the green scrub of the dunes and offers up great oceanside views It's a gentle trail run on a dirt surface.
Explore 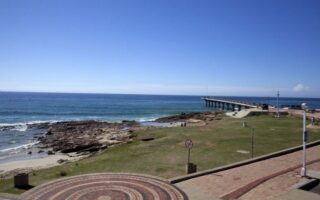 By the Beach | Parks | Road Race Course | Parkrun
If you’re looking for some friendly running competition in Port Elizabeth, check out Parkrun, a free 5k that takes place on Saturday mornings. There are four parkrun locations around Port Elizabeth.
Explore 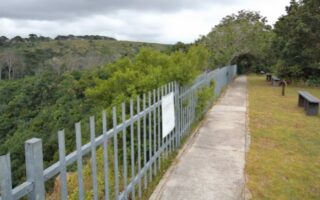 Along the Water | Trail Running
This 7.5 km trail through the Baakens River Valley is popular trail run, centrally located in the Mill Park area. Runners can catch great views of the Baakens, and may even spot one of the guinea fowl for which the trail is named!
Explore 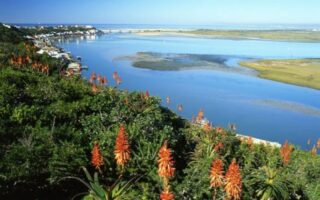 Along the Water | Great Views | Trail Running
Two good running options in the Wells Estate area of northern Port Elizabeth are the Aloe Walking Trail, which offers 7 km of trail with great views of the Swartkops River, and a 2 km section of Amsterdamhoek Dr., which runs right along the river.
Explore 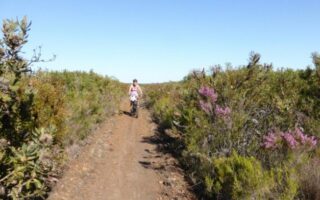 Great Views | Trail Running | Arboretum/Botanical Garden
This large conservation area 40 km west of Port Elizabeth is a pleasant escape from the city where runners can explore a network of well groomed gravel roads and trails while learning about the local flora.
Explore

Along the Water | By the Beach | Iconic | Seaside Promenades
The boardwalk from Summerstrand to Kings Beach is the finest waterfront run in Port Elizabeth, totaling 4 km out and back along the beach.
Explore

Port Elizabeth has a great year-round climate for running, with abundant sunshine year-round. It’s rarely too hot or too cold. Summers are delightful, with high temperatures in the 26C range, and nights that do cool off. Winters are mild, with daytime temperatures averaging 20C, but you’ll need a layer for the cool mornings. About 625mm (25 inches) of rain falls annually, with October through January being drier.

Most hotels in Port Elizabeth are located near downtown and along the Summerstrand/waterfront area. See the Nelson Mandela Bay Tourism group for accommodations.

Brians Band Sports is the go-to running store around the city.

Some running groups around Port Elizabeth include PE32Gi Running Club, We Run PE and the Crusaders Athletic Club.

If you’re running along the waterfront, we also recommend Wayne Pheiffer Cycles and Coffee Bar. They offer parking, showers, and locker facilities for a small fee, and massages can be booked ahead of time.