No Thanks
Portorož to Izola, Slovenia 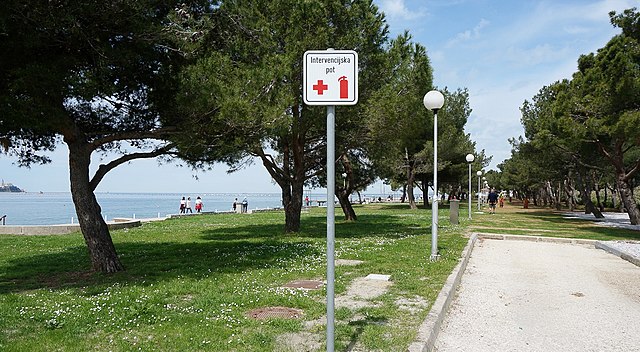 For another running option in the Portorož area, there are some nice paths in Strunjan. We’ve put together a route combining a loop around the harbour and the nature reserve around the salt flats (Soline Strunjan), and then paths out to Park Strunjan. The paths around the park are narrower and somwwhat rugged — a bit more of a trail run than the easier waterfront paths around Portorož.

Our route is ~6 km, but to be used as more of a guideline, because there’s a myriad of additional paths.

Add-Ons: In addition to the salt flats, there’s 2 km along the Jerneja Canal, and ~10 km of waterfront paths north to Portorož & Piran.

Great waterfront paths from Portorož headed south for 4 km around the harbour and marina, and then... more...

Gorgeous waterfront route between Portorož and Piran, nearly all on a dedicated promenade. Great views of the... more...