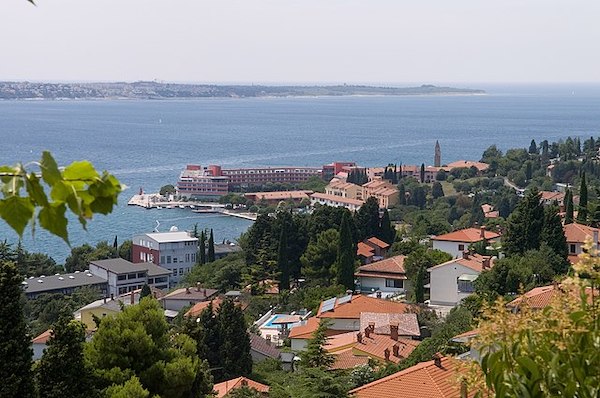 This is a guide to the best places to run in Portorož and the neighboring Slovenian seaside resort towns of Piran, Strunjan, and Izola. They’re located on the Istrian peninsula on the Gulf of Trieste at the northernmost point of the Adriatic Sea. From Portorož, there’s a great waterfront path north to Piran, or paths headed south around the marina and then along the Jemeja Canal. Another great run near there on paths around the Krajinski Park Salt Flats. In Strunjan, the route includes the harbour, salt flats, and more rugged Park Strunjan. And just east in Izola, there’s nice running around the marina and a path headed south, or a multi-use path along the water east to Koper.

Some of our favorite runs in Portorož to Izola, Slovenia

Gorgeous waterfront route between Portorož and Piran, nearly all on a dedicated promenade. Great views of the... more...

Along the Water | Great Views
Great waterfront paths from Portorož headed south for 4 km around the harbour and marina, and then for 2 km along the Jerneja Canal. Great views! Add on with Krajinski salt flats path or waterfront path north to Piran.
Explore

Along the Water | Great Views
Beautiful run on paths around 700-year-old salt pans. Great views, birds, and rare plants. Can combine with paths along the Jerneja Canal, and waterfront paths to Portorož.
Explore 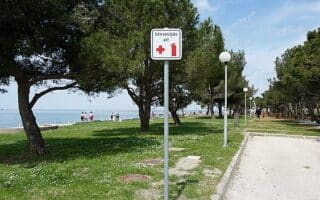 Along the Water | Trail Running
For another running option in the Portorož area, there are some nice paths in Strunjan. We've put together a route combining a loop around the harbour, the nature reserve around the salt flats, and then some more rugged paths out to Park Strunjan.
Explore 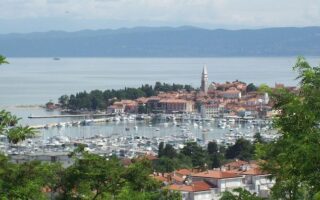 Along the Water | Seaside Promenades
Some very nice waterfront running in the old fishing town of Izola. We've put together a route showcasing the piers and path around the mraina, and another route on a paved waterfront path east to Koper. Can be combined!
Explore

This area has a humid subtropical climate, with mild winters and warm summers. There’s generally a lot of sunshine. In summer, daytime temps are in the 27-28C range (mid-80sF), with nice nights. In winter, average highs are 8C (48F) and lows just above freezing, so you’ll need a layer or two. Precipitation is relatively evenly spread throughout the year.

These are all relatively small resort towns. If you stay somewhere central, it’ll likely be near one of our routes!