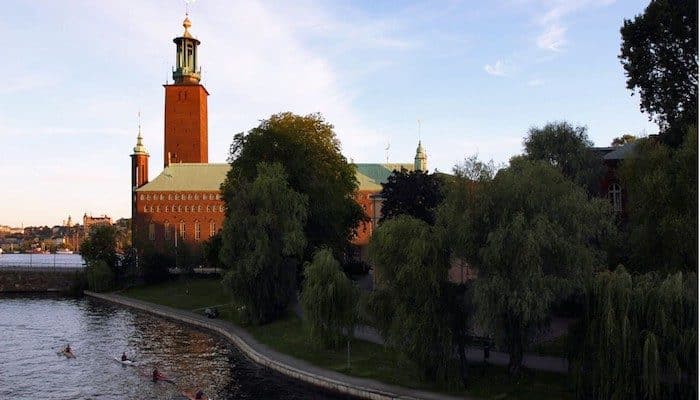 Kungsholmen is a residential island that’s also the location of the colonnaded City Hall (site of the annual Noble Prize ceremony) and great views of the Stockholm skyline. A favorite running loop is the 9 km loop around the island’s perimeter along a series of waterside paths. Starting from Central Station, head south, with views of Gamla Stan (old town). After passing the City Hall, continue west along the waterfront. Other highlights are a beautiful park Rålambshovsparken and the inner city beach Smedsuddsbadet on the south side of the island, and Hornsbergs Strand on the north side. Most of the run is along the water.

Optional Add-On: Lilla Essingen. This small island is just south of Kungsholmen, and reachable by a bridge at the 3.6 km mark of our route, at the Villa Adolfsberg. There’s a pleasant, 2 km waterside path around the island’s perimeter.

Add-Ons: Explore additional paths in the parks — Fredhällsparke, Rålambshovsparken, & other parks. There’s also a running track just north of the Kristineberg  subway station. Can also cross over and explore Gamla Stan (old town) and combine with our Stockholm ‘Runseeing‘ tour.

A 10k “runseeing" tour” of Stockholm’s main sites. Much of the route is along the water and... more...