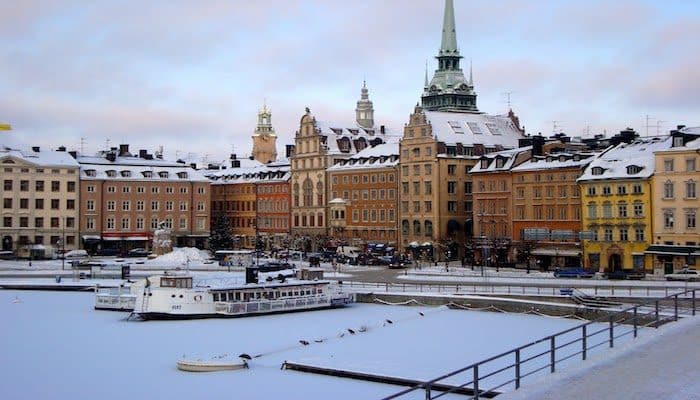 This is a terrific 10 outline tour of Stockholm, passing several main sites, along the water and over bridges to two islands. Start your run at Gustav Adolfs square, next to the Royal Opera House. Head to Gamla Stan (Old Town) and pass Riksdagshuset, location of the Swedish Parliament, as well as the Royal Palace — His Majesty The King’s official residence. Enjoy the views of the idyllic Gamla Stan while you run north towards Södermalm island.

Then, head west along the waterfront all the way to Långholmen, which is a former prison island, and currently one of Stockholm’s green oases. Our route passes through Olle Adolphsons park, which has a path above the water with great views, and then Skinnarviksparken (option — stay along the waterfront instead). Cross the bridge to Kungsholmen island and head back east (option: add paths in Rålambshovsparken), passing Stadthus (City Hall), which is also the venue of the annual Nobel Prize banquet. Complete the loop at Gustav Adolfs square.

Add-Ons: Numerous parks to add on just off the main path.