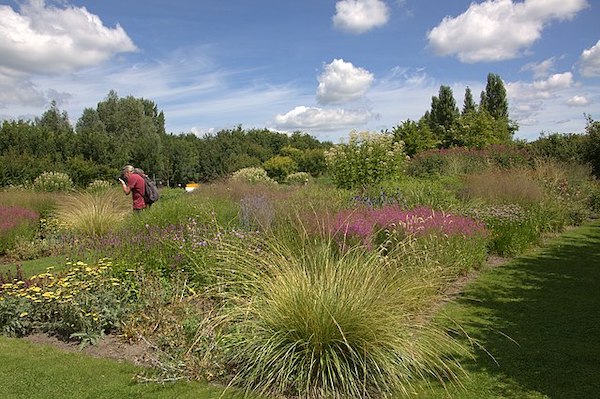 Máximapark, the largest urban park in the Netherlands, is located on the western edge of Utrecht in a newish residential suburb. It’s a wonderful spot for running. The terrain is flat and open, with numerous water features and attractive landscaping. There are many km pedestrian and cycle paths in the 300 hectare park. It’s about 3 km north-south and 1 km east-west. The longest continuous option is a paved 10k perimeter trail, called Het Lint. The 0.6 km Beukenboslaan trail cuts across the middle of the park and connects the eastern and western ends of the Het Lint. To get the heart rate up, run up the stairs of the Observatory and be rewarded with great views of Utrecht and the countryside.

There are park maps on billboards sprinkled throughout the park, numerous recreational facilities, and a botanical garden.