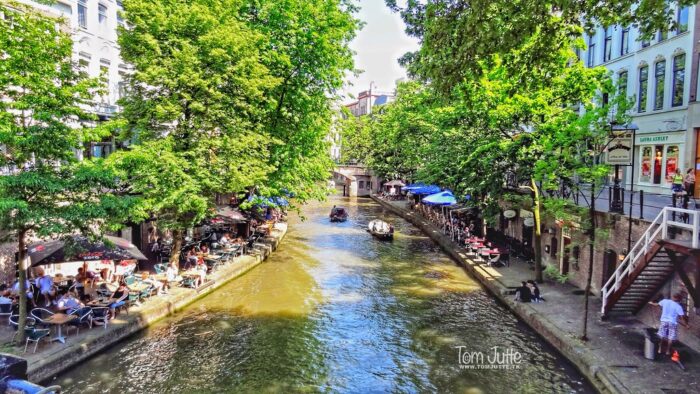 This is a ‘runseeing’ tour of Utrecht, which includes the Oudegracht and Singlel canals, parks, and the city’s historic center. Use our map as a guideline — there are several ways to vary the route and lots of add-on options.

The main route is a 5k loop showcasing the Oudegracht, or “old canal”, which runs through the center of Utrecht. It’s 2 km north-south, passing by the Dom Tower and the Catharijneconvent Museum. Then, head back north on the paths along the Stadsbuitengracht canal, which form a linear park passing by Centraal Museum, Sonnenborgh Museum, and Zocherpark. This loop is 5k. For a longer run, we suggest adding another 2 km north-south along the so-called Singel (along Catharijnesingel), the western side of the Stadsbuitengracht and the Rijnkade path through a couple of parks.

Add-On: Griftpark, just north of our canal route, is a lovely park with 2-3 km of paths.