No Thanks
Antwerp, Belgium 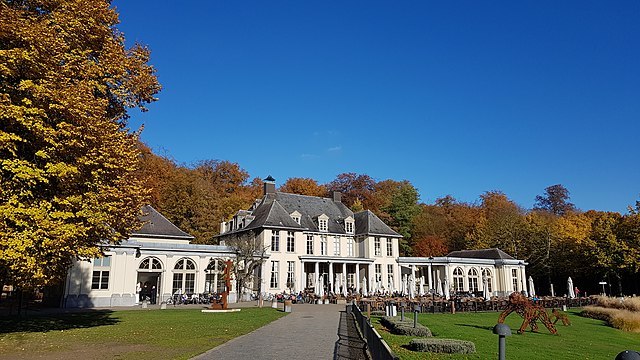 Rivierenhof is a large park in eastern Antwerp, located just off the main E19 highway. The park is located on the former estate of the Sterckshof Castle. A multitude of gravel paths wind around the beautiful, landscaped grounds of this 130-hectare park, passing numerous small ponds and rivers. There are also some narrower, more wooded paths, especially at the eastern end of the park. The park boasts a host of recreational facilities, and is also a popular venue for cultural events in summer.

The best bet for a run in Rivierenhof is to put together your own route around the interlocking paths. A loop of the perimeter would be ~5 km. There are also mapped 3k, 4k, 5k, and 10k courses, which can be downloaded using a QR code in the park — see this map. The longest ‘straight shot’ is the Parkweg path.

Longer Run: Combine with our Boekenbergpark/Te Boelaerpark route, 1.5 km to the south.

Combine these two parks for a pleasant run in eastern Antwerp. Boekenbergpark is known for its natural... more...